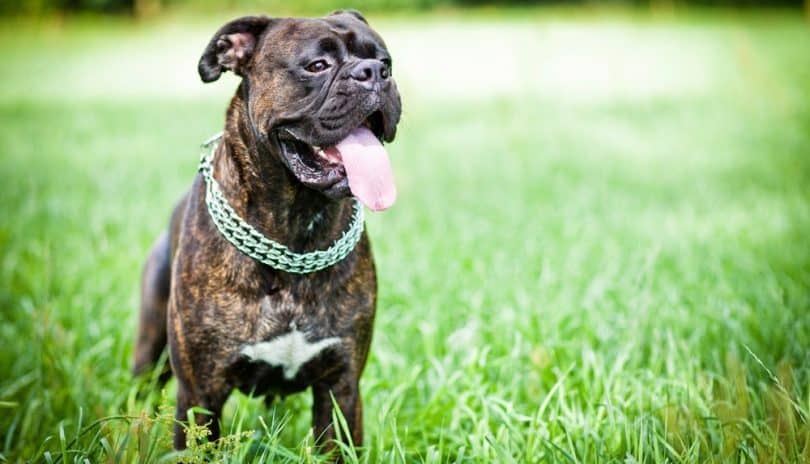 If you are considering adopting a boxer puppy, one decision that you will need to make is whether you should crop your puppy’s ears.

Although boxer ear cropping is going out of style, it is still practiced in many locations and is considered a standard appearance for the breed.

The controversy surrounding ear cropping is the debate as to whether the cosmetic procedure is necessary or whether it is cruel. We have researched everything that you need to know before you make this major decision to help you work out whether this is the right choice for your dog.

At What Age Can You Crop Your Boxer’s Ears 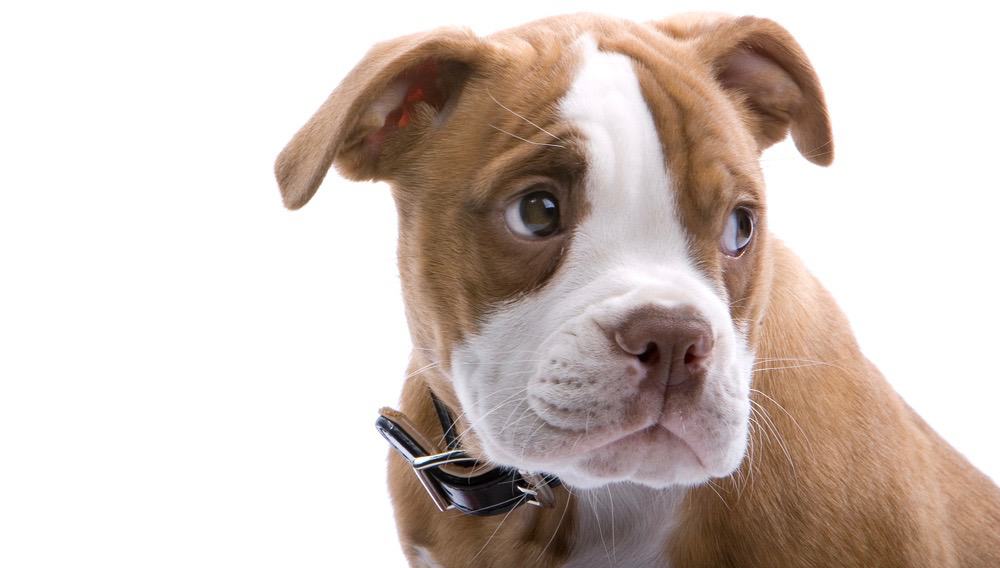 If you are considering having your boxer puppy’s ears cropped, there is a set timeframe that you can have this procedure done.

Boxer ear cropping is not something that can be done at just any age. It should happen somewhere between 7 and 9 weeks of age ideally, with a maximum age of 12 weeks.

You cannot have your boxer’s ears cropped beyond the age of 12 weeks if you would like to achieve the desired result.

The idea of doing it in that age frame is that the puppy is old enough to handle the procedure, but not so old that the cartilage in the ears has already hardened. Beyond 12 weeks, you will not be able to shape and train the ears.

If your vet is telling you that it is possible to do it later in the puppy’s life, it is time to find a new vet that is experienced with the procedure.

Because we are all so accustomed to seeing a boxer with cropped ears, it might be hard to imagine what their ears look like when they haven’t been cropped.

The natural boxer ear is much like what you would see with a Labrador retriever. They have a wide base and are long, folding downward. These are known as floppy ears.

When a boxer’s ears are left natural, they are not as easily identified as a boxer, because it is not what people know or expect. Leaving the ears natural will make your dog appear friendlier and people are less likely to run away from one.

Anyone who is unfamiliar with the cropping process might immediately wonder why anyone would crop a dog’s ears to begin with. There are a few explanations given to justify the process, including:

People want to go to dog shows: Since it is the recognized standard by the AKC, people will have to have their boxer’s ears cropped if they expect to show their dog in a dog show.

For protection: If you want to use your boxer in a more guard dog or protector manner, this might be a justification for cropping. The idea is that there is less to grab onto in a fight if your dog has had his ears cropped.

Belief that it is healthier: One justification that is also an incorrect explanation is that cropping ears is better for your dog. The idea is that dogs with cropped ears will be less prone to ear mites and ear infections. This has not been shown to be the case as dogs with cropped ears can also have ear trouble.

It seems that breeders have moved to being more neutral on the subject themselves and have stopped cropping ears of puppies, allowing the owner to work that out for themselves.

Is It Cruel To Crop Boxer’s Ears?

Since the debate over ear cropping is continuing to rage, you might wonder whether the practice is cruel. Of course, it is entirely a matter of opinion whether you find the practice cruel, but we can explain why it is perceived by many to be cruel and why it is outlawed in so many places.

It’s Traumatic: The surgery itself can be quite traumatic and it is not repairing anything, but instead removing part of the dog’s ears.

Risk of Infection: Any time that you do a procedure that cuts into skin, you introduce the risk of infection. The ear wounds will be sewed closed with sutures and will have to be kept meticulously clean to keep infection away.

Perceived Aggression: A boxer with cropped, pointed ears is thought to be more aggressive than a boxer that has natural ears. The dog will be treated with more hostility and fear as a result and could be dangerous to the dog’s well-being if he is hurt by a bystander who is afraid.

Loss of Expression: Most dogs move their ears about to show how they are feeling. They can lay them back when scared, move them around to listen, or just have them relaxed and forward when calm.

The ear cropping procedure itself is pretty straightforward and self-explanatory. When a puppy is between the ages of 7 and 12 weeks old, they will be put under anaesthesia.

The surgery takes about 30 minutes in total and involves cutting off a portion of the puppy’s ears to make them appear more pointed.

The surgery is the easy part. Following the surgery, the puppy’s ears will then need to be taped at for least 6 months to get the appearance that you are going for. 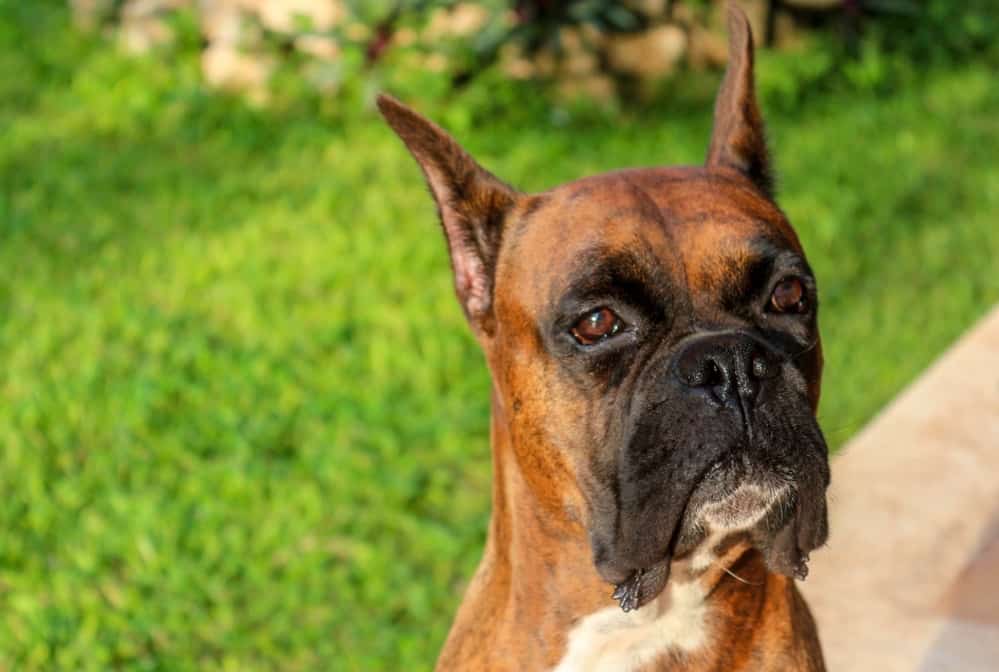 It can take as much as 12 months to achieve the desired appearance, and even then there is a chance that the ears will never do exactly what you want them to. It might not matter how perfect they are as long as you are not intending on showing your boxer.

There are a few different ways that you can have a boxer’s ears cropped. They include:

Short: This is not as common to do on a boxer, but is seen more often on a Pitbull or on a Doberman.

Medium: These are slightly longer than the shorter ear cropping style and more common.

Corso: This is a curved kind of style and is not commonly done on a boxer.

Long: This is the most common type of cropping that is done on a boxer. The ears are long and trained to stand upright.

If you do opt to have your boxer’s ears cropped, make sure that you are going with cropping that meets your expectations and needs.

If you are going to show your boxer, the cropping needs to align with the show standards. If you are getting the cropped for fighting, then they will need to be shorter.

The best way to find a way to find a vet that will crop your boxer’s ears is to as your breeder. As cropping is becoming less standard and definitely less popular, you are going to find fewer vets who are willing to do the procedure.

Since it is widely considered a cosmetic procedure and the AVMA is against the practice, many vets have stopped doing the procedure altogether. 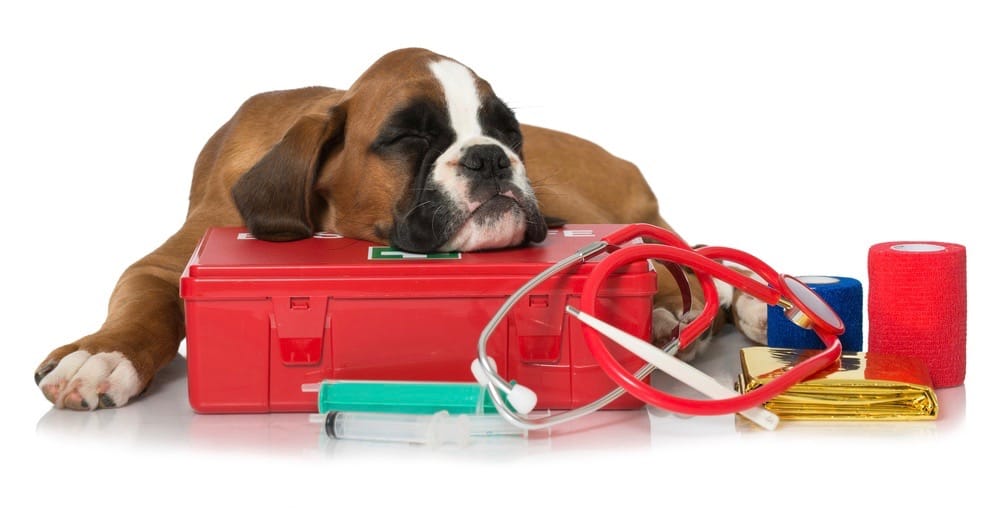 If you can get your breeder to have the procedure done before adoption, then you would not need to worry about it. Ask a potential vet a lot of questions, including their experience, the process, and even the age recommendations to get a feel for the vet’s competency.

Beyond the question of cruelty and personal preference, another question is the legality of the procedure. The procedure is legal in the United States, Mexico, Japan, Chile, Argentina, India, Hungary, Costa Rica, and some parts of Canada, but not everywhere. Meanwhile, it is illegal in the majority of European countries.

Even if it is legal in your country of residence, there are guidelines that have been put out that should not be ignored. 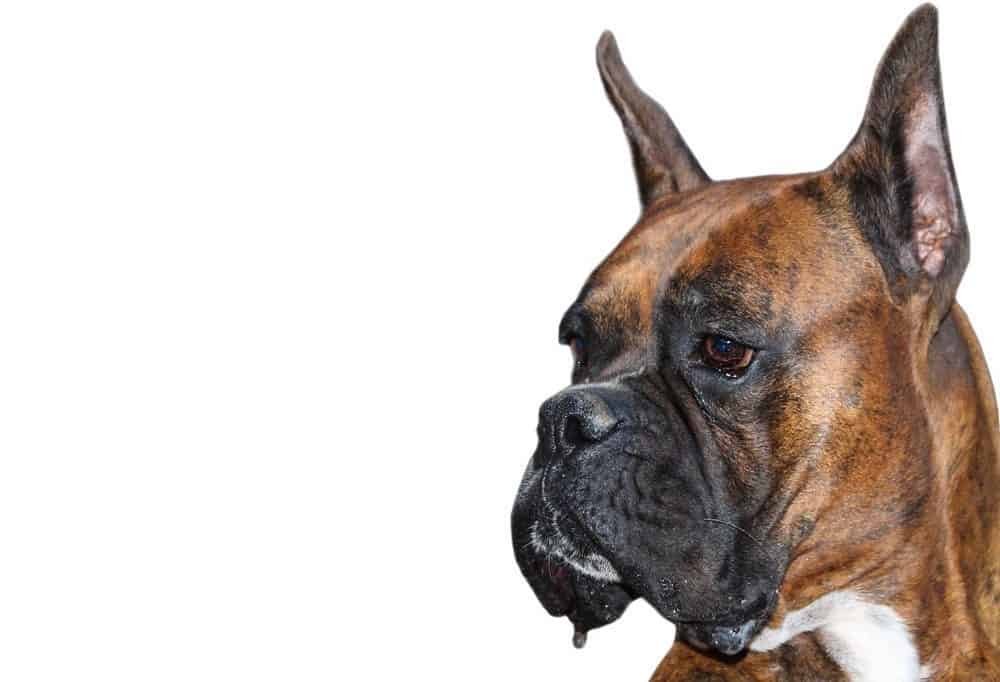 The American Kennel Club (AKC) still condones ear cropping, stating that it is the standard appearance for the breed and it is good for their health.

On the other hand, the American Veterinary Medical Association (AVMA) has spoken against ear cropping, stating that it has no healthy benefit and is strictly a cosmetic process.

They have put form many statements that claim the procedure is traumatic without benefit and should be avoided at all costs. So even if it is legal, you need to know that there are still organizations against it.

A boxer without cropped ears is still identifiable as a boxer, due to their pronounced nose and eyes.

They have a distinct facial expression and appearance that is related to their breed especially, regardless of whether they have had their ears cropped or not. Even if it isn’t the breed standard, it is still not uncommon to see a natural boxer.

When a boxer has natural ears, they hang down loosely and are flopped forward, much like many large breed dogs. It gives them a friendlier appearance in general and continues to keep them almost puppylike in appearance even into adulthood.

The price of an ear cropping procedure will vary greatly from place to place. It is often cheaper to just have your breeder to do the procedure before you adopt the puppy, but if you are having it done by your vet, you can expect to pay between $300 and $1000, depending on where you live.

The procedure itself is brief, but the recovery time is very long. Your puppy will need to have his ears bound for at least 6 months as his ears are being trained to stand upright. The aftercare for this procedure is really about 95% of the whole process. 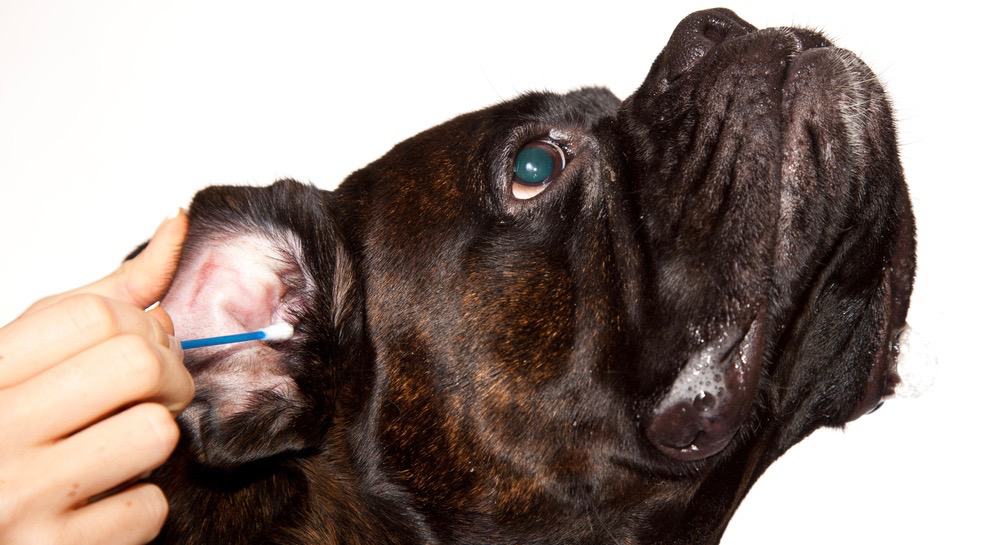 Ears are a naturally cleaning body part for all mammals and your boxer is no exception. If his ears have been left unaltered, he should not need to have them cleaned unless he is prone to ear infections. If that is the case, your vet will give you some ear drops to put in your dog’s ears.

One justification for ear cropping is that it prevents ear infections. This has not been shown to be the case. Ear infections are equally common between dogs that have cropped and uncropped ears. If you are worried about your dog’s ear health, talk to your vet.

While there isn’t a perfect answer to whether you should crop your boxer’s ears, it is still best to thoroughly consider all of the pros and cons before you do the procedure.

Remember that it is permanent and the aftercare will take many months to perfect. The cropping practice is becoming less and less common as well and you might not be able to find a vet to do the procedure for you.

Finally, consider what your expectations of your dog are and why you need to have the ears cropped before following through with the procedure. If you can’t decide, find an older boxer to adopt and eliminate the choice.