Anatolian Shepherds are large and imposing dogs that make good guardians because of their ancestry. They make great family dogs as they protect the humans that they love.

They have quick reflexes along with a muscular build, so they make great hunters because they can adapt to harsh environments.

Their bloodline is one of the oldest among canines. The Anatolian Shepherds are a coveted breed because of their intelligence and devotion.

When Is An Anatolian Shepherd Fully Grown? 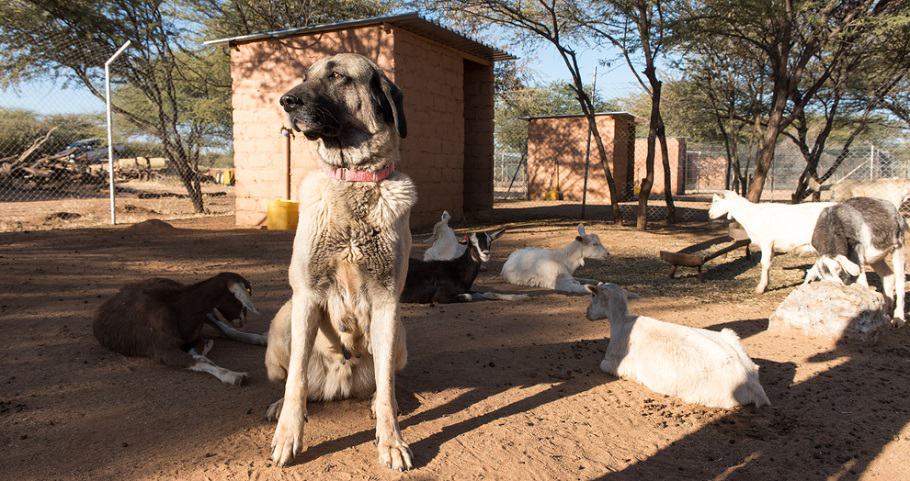 The Anatolian Shepherd will attain adulthood between the age of 14 to 19 months. Females are usually smaller than the males when they are fully developed, but females typically achieve adulthood before the males do.

This would make sense, as the males would have more growing to do.

The reason why Anatolian Shepherds take longer than one year to reach adulthood is that they are classified as large or giant dog breeds. On average, they fall more within the large dog category.

Typically, large breeds complete their growth at the 12-month mark, but some giant breeds take up to 24 months. The Anatolian Shepherd falls somewhere in between these two categories.

However, you should understand that there are a variety of factors that can affect the weight of your dog. These may include his level of exercise, genetics, and level of nutrition.

So ensure that you use this as a guide or reference point to measure your dog’s progress.

The columns will show the age along with the average weight that your dog should be. Make sure that you have an accurate age for your dog in order to use the Anatolian Shepherd growth chart properly. Use the figures that are displayed as an ideal weight

If you find that your dog’s weight is above or below these figures, you should not panic but gain more information into what is actually going on.

If you are unsure about anything, the best thing you can do is to visit your vet who can provide further information. 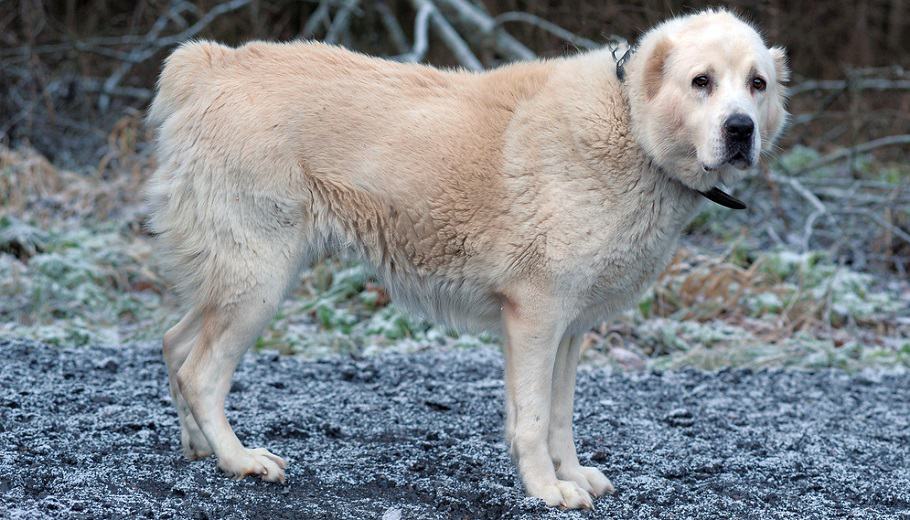 Anatolian Shepherd is at a delicate phase in their lives because they are undeveloped and would need their mother’s milk and warmth.

They are unable to see and hear, but they can taste the milk of their mothers and smell it as well. They will spend most of their time sleeping and growing. In fact, at this stage, they grow the most and their entire development.

During this stage, is when your puppy would undergo many changes like weaning and would need to make the transition from liquid to solid foods. They continue to grow at a rapid pace if they have proper nutrition.

Nutrition is especially important at this stage, and the transition from milk to solid foods could set the pace for their entire lives in terms of their health. Your puppies should be around 35 to 45 lbs.

During the stage, your Anatolian Shepherd would start to become quite large, and female pups tend to weigh about ⅔ of their male counterparts. Continue to monitor your puppy to ensure that he is being nourished properly.

If you notice anything that is out of place, be sure to visit your vets. During this phase, they would probably weigh around 69 to 85 lbs.

During this time, your Anatolian Shepherd is expected to reach full size. Nevertheless, they may continue to gain weight as well as muscle.

For large dogs, when they are around 18 months they would be considered a teenager, so they most likely will keep adding muscle. Of the 12-year mark, an Anatolian Shepherd should weigh between 100 and 130 lbs.

Your Anatolian Shepherd is in full adulthood and will have lost the Juvenile look that puppies have. Now is the time to adjust his diet so that he does not become overweight. It is okay to engage in vigorous exercise to maintain his health.

How Big Do Anatolian Shepherds Get? 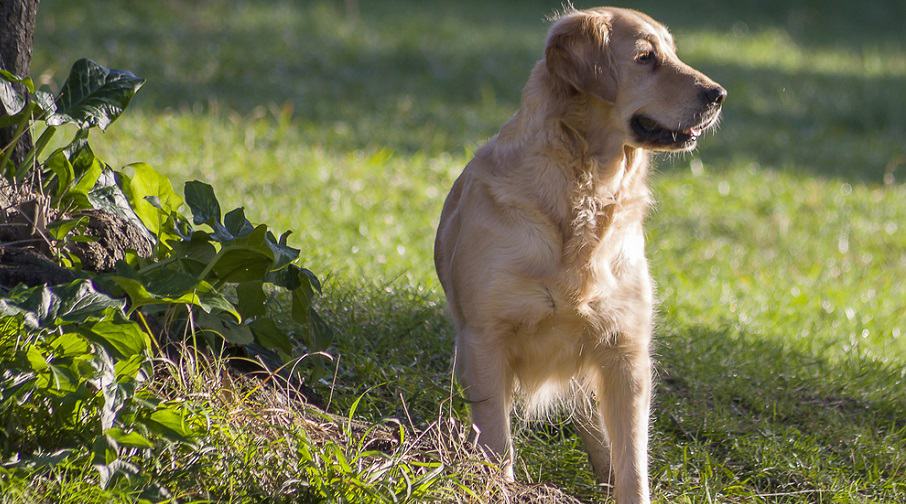 This is because they are a large breed and proper accommodations should be made for them. The best way is to look at the parents because they would be affected by genetics.

You also have the option of using a DNA test to ensure that your Anatolian Shepherd is of a pure breed, to come to a clear conclusion.

If you find out that your Anatolian Shepherd has a small percentage of all of another breed, you will factor that into your calculation.

Additionally, dogs, in general, tend to have larger paws when they are puppies that they would grow into, so by looking at your dog’s paws you can determine that he has more growing to do if his paws are a bit bigger than the rest of his body.

Will Neutering/Spaying My Anatolian Shepherd Affect His Growth?

You should wait until your Anatolian Shepherd is at least one-year-old before you have them spayed or neutered. By this time, the male would have to experience the necessary changes within his body that would be caused by testosterone.

Testosterone is known to be associated with growth. If this process is interrupted, then growth would be as well.

Female Anatolian Shepherds would have had their first heat cycle by this time but would be probably too immature to bring the puppies to term responsibly.

This responsibility can be detrimental or even fatal. Make sure that your monitor your female dog carefully so that she does not get any unwanted pregnancies

It is good to have them spayed or neutered so that they don’t have any puppies of their own, but there is a risk of surgery, so keep that in mind as well.

Monitoring your Anatolian Shepherd is possible, but there are a few things that you must do. Understand that the height of a dog is taken from the ground to up the withers.

The withers are simply the highest point on your dog’s shoulder blades, make sure that your Anatolian Shepherd is standing straight and place the tape measure on the ground up to the withers in a straight line.

On average, Anatolian Shepherd males measure about 29 to 32 inches in height. The females have a slightly lower height range of about 25 to 30 inches.

When it comes to size, a Dogo Argentino dog is slightly smaller on average because the males weigh 88 to 99 lb and the females weigh 71 to 77 pounds.

Also, the males are approximately 24 to 27 inches in height and, the females are about 23 to 25 inches in adulthood.

The Anatolian shepherd on the other hand is a bit larger in all his size measurements. The males weigh 100 to 150 lb and the females weigh 90 to 130 lb. 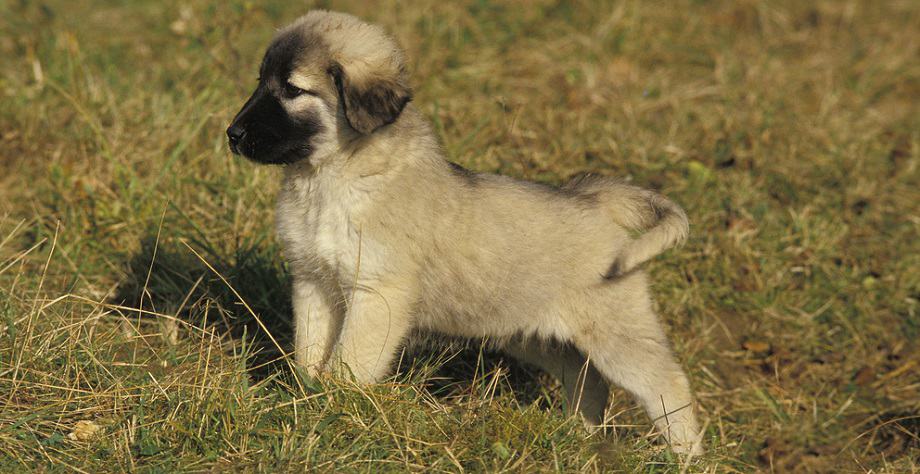 Growth is definitely affected by gender because females are known to be slightly smaller but develop into adulthood faster than male Anatolian Shepherds.

Gender plays a huge role as well because hormones such as testosterone can affect your dog’s growth.

A portion of high-quality dog food with a good amount of protein listed as the first ingredient is what you should give your Anatolian Shepherd. This is particularly important since they are a large breed and need to build their muscle mass.

This food should be free of fillers and artificial ingredients for their betterment. Dogs like Anatolian Shepherds can have a bit of carbohydrate but do not overdo it.

They should have nutritious food including fruits and vegetables that will add fiber to the gut especially since they suffer from intestinal diseases.

Physical activity for an Anatolian Shepherd is of utmost importance because they have a muscular build. If proper exercise is not maintained, then their muscles may atrophy, affecting their appearance.

When implementing an exercise regimen for your Anatolian Shepherd, be sure not to be too vigorous early on because this may cause problems with joints. However, they will be playful, so it is good to engage them in play

What If My Anatolian Shepherd Is Not The Right Weight?

When your Anatolian Shepherd is recently born, they will weigh around 2 lb, but you cannot use this to predict their adult size.

The largest puppy in a litter may not turn out to be the largest dog as an adult. This is because there are a number of factors that affect size and development.

You should look at your puppy and monitor him every day, to ensure that he is healthy. You should also try to feed him the best and most nutritious food that you possibly can. This is one of the best ways to ensure that they are developing in a healthy manner.

If in your estimation, you find that you are Anatolian Shepherd is not the right weight then you should visit your veterinarian to find out what you can do to increase or decrease his weight.

How Much Does It Cost To Own An Anatolian Shepherd?

You will most likely how to pay about $500-$2,000 on average to purchase an Anatolian Shepherd puppy.

These figures were calculated based on essential items and services that your Anatolian Shepherd will need such as training, food, treats, medical expenses, supplies, license, microchip, and grooming.

In addition to this, some owners purchase pets insurance and they send the dogs to boarding facilities when they need to travel.

Overall, Anatolian Shepherds are a healthy and happy breed. however, they are known to suffer from a few conditions.

Anatolian Shepherds are particularly sensitive to anesthesia, so you need to be aware of this and talk it over with your veterinarian whenever they are having procedures done.

Apart from that, they tend to have intestinal parasites like roundworms or giardia particularly when they are puppies.  This condition can be treated easily with a simple trip to the veterinarian.

You will know that they have intestinal parasites through certain signs like frequent diarrhea or being thin despite the fact that they are eating well.

Even though it is easily treatable, you should get the matter resolved quickly because these intestinal parasites can affect your Anatolian Shepherd’s growth. You also don’t want him to be deprived of good nutrition as critical stages in his development.

The Anatolian Shepherd breed is large and nimble. They are also smart and muscular. Owners should know that they require a great amount of space. It will be beneficial to everyone to cater for the right amount of space.

They tend to be stubborn at times and may cause a lot of trouble if they are not trained properly.

You should also ensure that your Anatolian Shepherd is properly socialized so that when they are out in public, they can engage in good behavior.

A great way to do this is through exercise in your neighborhood. If you invest the necessary time, you can end up with a loyal companion.