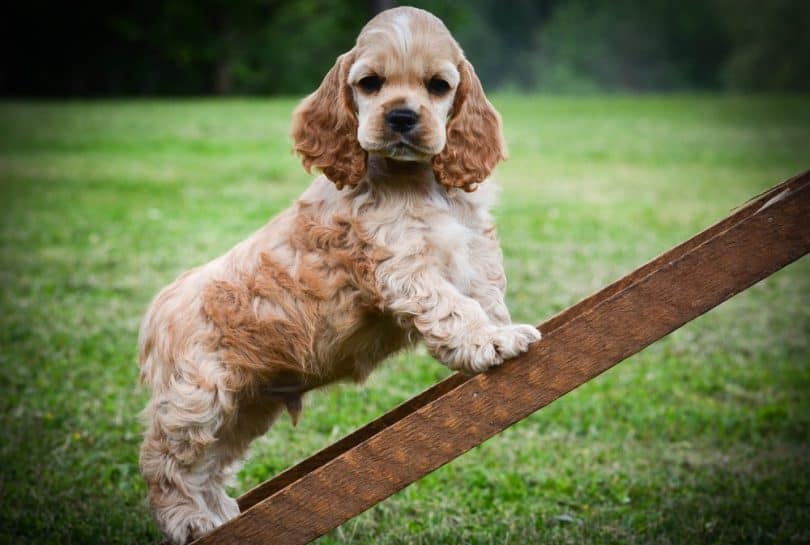 Cocker Spaniel is among the popular dog breeds in the American Kennel Registration statistics. They are active sporting dogs, medium-sized and the smallest dog in the sporting group. Cocker Spaniels are commonly known for their lively, intelligent behavior and they give good company.

These dogs are known as either American Cocker Spaniel or English Cocker Spaniel. These two types share the same roots and are often confused as one.

This article will give you information about the cocker spaniel growth chart, the expectations when they are growing, factors affecting their growth, health problems associated with them and many more.

When Do Cocker Spaniels Stop Growing?

Have you recently adopted a puppy and been pondering with the question when do cocker spaniels stop growing? The size of a fully grown dog impacts whether you have chosen the right pet for you.

Cockers like humans develop at an individual rate however, they reach a full-grown height between the ages of nine to twelve months. Their muscularity develops fully by eighteen to twenty-four months.

They reach a maximum weight by 24 months old and can maintain it throughout their lifetime if they exercise and feed well. A fully grown male Spaniel reaches a maximum weight of between 7 to 14 kg.

At six months, the American Cocker Spaniel gains an average weight of 5.6 kg for small puppies and 10.7 kg for large puppies. A cocker spaniel weighs between 7 to 13.8 kg at one year and it will be fully grown at around 14 months.

Always consult the cocker spaniel weight chart to as a quick and easy assessment of your puppy’s growth.

The cocker spaniel size chart shows that they have new skills and challenges in every stage. They reach their maximum weight and height earlier than they do their full potential emotionally, behaviorally, and mentally.

During the early stages of growth, a cocker puppy growth chart should be monitored regularly.

During this stage, puppies spend most of their time sleeping with all their energy focusing on growth. By birth, they can use their senses of touch and smell that help them identify their mothers. They need milk every two hours to help them with fast growth.

Two to four weeks is a transitional time because their eyes open and they start to stand up. Their teeth pop out and they learn to move from their mother to relieve themselves. They begin to expand their vocabulary with whines, grunts, and barks.

In the third week, they begin to be independent, play with littermates, and regulate their body temperature.

At around four to twelve weeks, they start to socialize and accept those around them as family and friends. Their mental development grows, and they now need more nutrition than from their mom’s milk. They can be adopted at this stage.

Cocker spaniel by the fourth month has fully developed sexually and are very curious about the world around them, they appear to get into everything at their sight and have boundless energy.

Between four to six months, puppies tend to fight, displaying fear, aggression, and testing boundaries as well as going through territorial issues.

These behaviors are healthy at this stage and pose nothing of concern. They go through emotional immaturities like it is in adolescence. Females may go into heat for the first time. 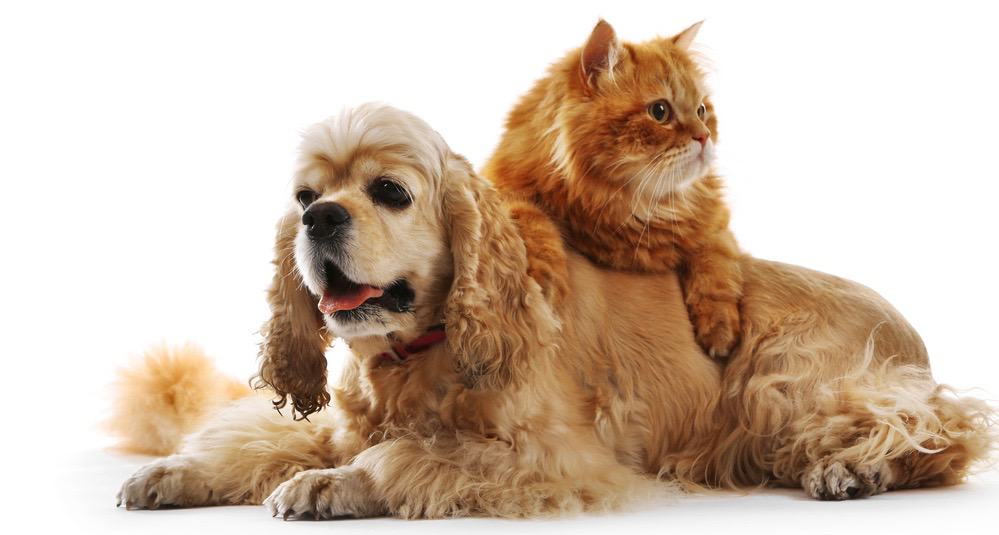 At this stage, a Spaniel puppy will fully mature. They are fully grown with mental and emotional characteristics. They will get to their maximum height by the time they are twelve months.

Genetics plays a crucial role in the growth of your puppy. If you want to know the size with which the puppy can grow; check the size of the parent. Cocker spaniel can be affected by genetic disorders.

The most common genetic issues seen in these types of dogs are eyes problems, bleeding disorders, back problems, knee problems, epilepsy, and skin diseases.

The right way to know Spaniel’s right food is by talking to their veterinarian because they can help you in selecting the best diet for your puppy’s growth.

Exercise is a crucial component in the general health of every dog. Cocker spaniel puppy will flourish with lots of activity, playtime, and fun. However, training should be gentle to the developing muscles, joints, and bones.

This is because they can suffer injuries easily in their early stages of development.

Mental and physical activity can stimulate their bodies and minds and improve their growth. Inadequate exercise with unhealthy food can make Cocker Spaniels obese.

A while ago American and English Cockers were seen as the same until the 1930s when a decision to split them was made; because it became evident that cocker spaniels in England were different from those in the U.S. English Spaniels are larger than American Cocker Spaniel. 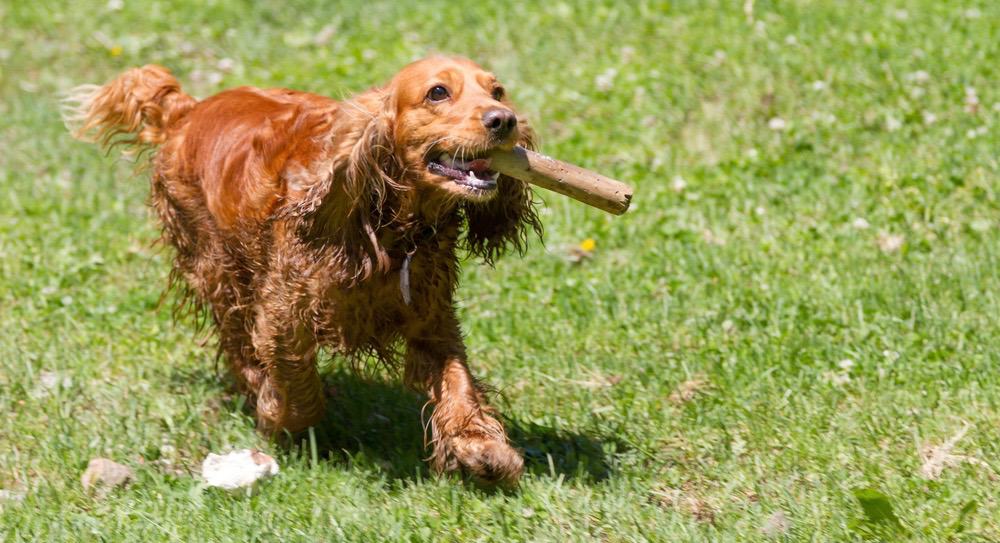 English cocker spaniel has tight eyes that are slightly oval with a muzzle equal to the length of plush and skull. American Cocker Spaniel has a shorter muzzle rounded skull and deep chiseling under the eyes shaped like almonds.

Both cocker spaniels are intelligent and responsive. They are always prepared to give you their unconditional love and they also demand great attention from the owner. They can easily get bored and can be destructive when left alone.

They are full of energy with sweet nature. They both have extensive grooming needs because they have an abundant coat that can easily tangle. English Cocker spaniel is large and has a slightly longer lifespan than the American Cocker.

What Is The Life Expectancy Of Cocker Spaniels?

If you own a cocker spaniel, it is good you keep an eye on the issues and treat them early enough. English Cocker Spaniel has an average lifespan of 12 to 15 years while American spaniel lifespan is 10 to 14 years.

All these have exceptions because some may live up to even 19 years. With proper dental hygiene, health care, mental and physical stimulation plus a good diet Cocker Spaniels can live long enough.

How Long Are Cocker Spaniels Pregnant?

Therefore 63 days is the general pregnancy length for a cocker spaniel.

How Many Puppies Do Cocker Spaniels Have?

A Cocker Spaniel’s can have up to twelve puppies and the least is three. The average litter size is between five to seven puppies. Spaniel’s litter size tends to vary because of the parents’ size, mother’s health, mother nature, or care during pregnancy.

What If My Cocker Spaniel Is Not The Right Weight?

For an ideal Cockers Spaniel’s right weight, consider the breed that is either English or American, sex of the dog, age, health, and lifestyle. The English Cocker Spaniel is slightly larger than the American Cocker spaniel and the females are smaller than males.

If your dog is overweight or underweight, that means he is unhealthy. It is difficult to determine the right weight for your dog, therefore, a visit to your vet will help you know your dog’s right weight.

How Much Does It Cost To Own A Cocker Spaniel?

The following are the cost to put into consideration when planning to purchase a Cocker Spaniel:

Purchase cost: Adopting an older cocker spaniel can save you a lot on costs and the puppy will get a home. If you are buying a puppy from a breeder, put into consideration the cost. Ensure that the breeders have done extra health tests and meet good standards.

Set up costs: Puppy vaccines are a health check for a Cocker Spaniel. If it a rescued dog, reputable centers will vaccinate them for you with booster vaccines needed for their continued immunity.

Neutering is arranged for a dog at six months old but with the advice of your vet. Confirm prices with your local practice because they will depend on where you live and the veterinarian.

Ongoing costs: Food and preventive healthcare create a budget as well as time-to-time visits to the vet. Vet bills, pet insurance, and accessories such as poo bags to be budgeted, sums up the costs of your pet.

Other costs including the boarding cost when traveling, training, dog walkers, and daycares.

Several health problems affect Cocker’s spaniels and may contribute to their shortened lifespan. Some problems are inherent to their breed while others result from poor breeding, lack of exercise, poor diet and not visiting the veterinarian when needed. The following are common health problems for Spaniels:

Cataracts in dogs are like Progressive Retinal Atrophy because they all lead to impaired visual capabilities. However, this is the cloudiness of the eye lens rather than weakening. Thick cataracts may lead to blindness or glaucoma.

PRA or Progressive Retinal Atrophy is a condition in dogs that causes the dog’s retina to deteriorate causing canine blindness.

Epilepsy can also affect Cocker Spaniels. It is a neurological disorder caused by a sudden loss of consciousness, recurrent episodes of sensory disturbance, or convulsions.

Elbow dysplasia is an elbow disease that results because of growth disturbance in the joint. Possible causes of this problem include cartilage growth defect, genetics, and trauma.

Patellar Luxation occurs when a dog’s kneecap or patella moves out of its normal position. It is usually painful and may lead to the pup’s lameness.

Dental diseases – it is the most chronic health issue in pets. It can start with tartar build-up which leads to infections. It is good to prevent gum diseases to avoid further complications.

Infections – cocker spaniels are prone to viral and bacterial infections such are rabies and parvo. Prevent these infections through vaccination.

Parasites – bugs and worms can invade the cocker spaniel’s body. They can be transferred to family members, therefore, perform regular testing of your pet.

Hopefully, this article has given more information about the cocker spaniel growth chart and what to expect during their growth stages of life. This way, you can take care of them and ensure they have a healthy and happy life.