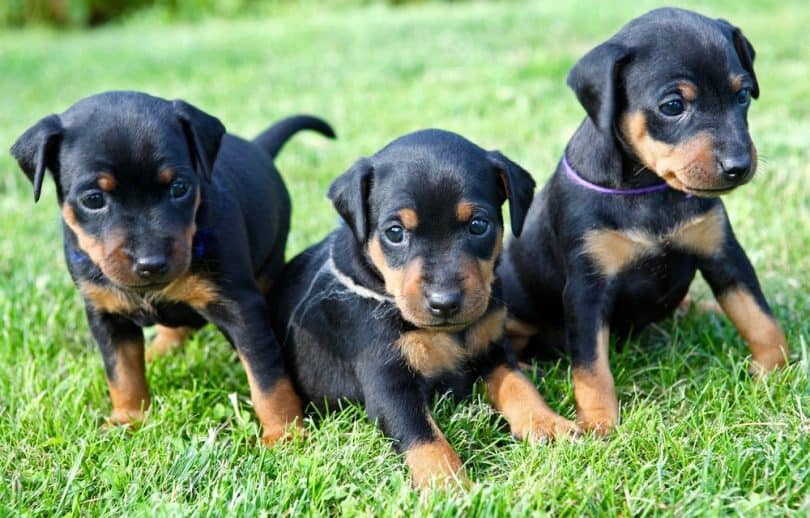 Many people have a wrong perception of Dobermans. While it is true that they were bred to be tough protectors, they also have a loving personality and make excellent family dogs. They are happiest treated as part of the family, not exclusively as a watchdog.

They also vary considerably in height. Both males and females stop gaining height once they’re between 7 and 12 months old.

When Do Dobermans Stop Growing

In general, a Doberman pinscher attains its full adult height when it’s around a year old, but this is just a general rule. Both female Dobermans and male Dobermans stop growing and gaining weight between 7 and 12 months of age.

However, during this time, their bodies do grow a bit thicker. Some males may still continue to grow slightly in height.

It has been observed on the occasion that the thickening of the male body can continue even a little after he’s reached 2 years of age. 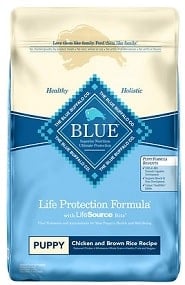 You will notice that a month later both males and females have gained another ten pounds. This weight gain of roughly 10 pounds per month continues until the puppies reach 7 months when their weight gain starts tapering off.

By the time they are one year old, they might gain another pound per month, but not always.

Doberman Growth Chart – What to Expect

A newborn Doberman puppy is really tiny, weighing roughly between 10 and 20 oz. They are born with eyes and ears shut. They nurse every one to two hours and grow very quickly during the first two weeks.

After three to five days, the vet will dock the tails as Dobermans have long, thin tails that damage easily. The two tiny dewclaws are usually also removed.

At one week old, Doberman puppies can fit into your hand and by two weeks, their eyes start to open. The ears are not open yet.

By 2 weeks, the puppy is now bigger than your hand and weighs a couple of pounds, but he is still very unsure on his feet.

At 3 weeks, puppies are more mobile and can see better. They start to explore, but spend most of their time sleeping.

By 4 months, they learn to walk properly and one can begin to see the different personalities in the litter. They are nursing less in preparation to be weaned. Milk-soaked puppy food is introduced.

During the fifth month, weaning is progressing in all earnestness. Mom only nurses her puppies once or twice during the day. The puppies are eating puppy mush and are given water to drink.

By 6 weeks the weaning is completed and most puppies now weigh around 8 pounds. They are now very active, play around and demand attention and interaction.

Between 7-9 weeks, the ear crop will be done that gives them their characteristic Doberman look.

At around 5 to 6 months, the puppy will be down to two meals a day with some snacks between meals. At this stage, it’s important to be careful with the snacks so the puppy doesn’t put on too much weight. If you can’t feel his ribs, he’s gaining too much weight.

By six months, Doberman puppies usually have most of their permanent teeth. By this time, the ear crop should have resulted in ears standing up.

According to some resources, males should be neutered and females are ready to be spayed by six months of age, other resources say six months is too early. Females usually experience their first heat cycle between 6-8 months, but it can also happen later, especially in larger sized females. 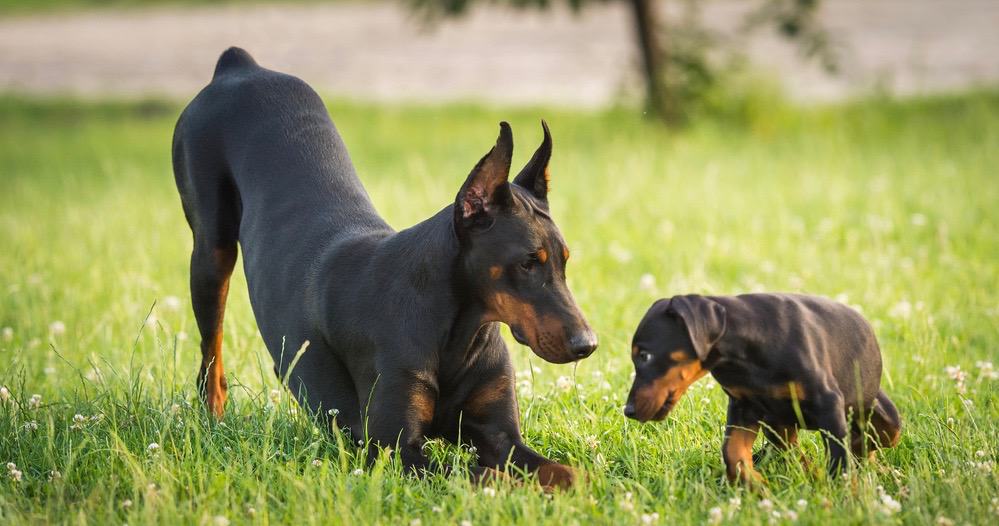 During these months females are reaching their full adult height and they weigh between 56 and 64 pounds. Males weigh on average between 65 and 75 pounds but will only reach full height at around 18 months.

Doberman owners use this general rule to work out the growth rate of the average Doberman: they put on around ten pounds every month. That means your puppy should weigh 30 pounds at three months of age, and around 70 pounds at seven months. This rule is more or less accurate until eight months when weight gain starts slowing down.

At this stage, Doberman puppies continue to mature. They are bonding with their owners and they are old enough to be neutered/spayed.

Once your puppy turns one year old, he is considered an adult, however, he is not fully mature yet and has some growing to do still. He is also not mentally mature yet.

Around this age, the dog has bonded with its owner and will have become a loyal companion. Your dog will love to spend time with you and will be very protective. Your dog needs a lot of attention and interaction with you.

At 12 months, a Doberman has reached his mature height, but will continue to fill out. He matures over the next year. A male is considered in his prime at about age 3 years of age and a female at about age 2 to 3 years. 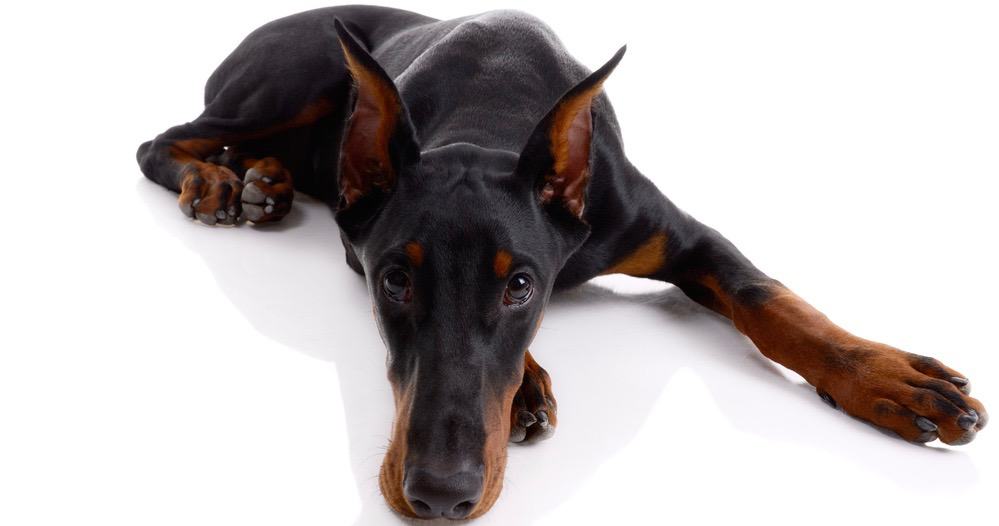 What If My Doberman Is Not the Right Weight?

To know if your dog is the right weight, consult the Doberman growth chart. That should give you a general indication. However, it’s a very general guideline and weights can differ quite a lot and still be in the acceptable range.

For this reason, you should look at the general condition of your dog and his body shape. You should be able to see from his body whether he’s the right weight. A better option for judging your Doberman’s weight would be to consult a body condition chart.

You judge your dog’s weight by its physical appearance. A body condition chart is really helpful since you don’t need a scale, just look at your dog’s body shape.

Your dog is the right weight when:

If you suspect that your dog is not the right weight, consult your vet for advice on diet, treatment, and exercise.

Females usually reach their adult height between 7 and 12 months of age. However, their bodies keep growing and they grow a bit thicker until they’re about 2 years old.

Male Dobermans also reach their adult height between 7 and 12 months of age, but they continue to grow and develop thicker bodies over the following months. Some males also continue to grow a little bit in height. 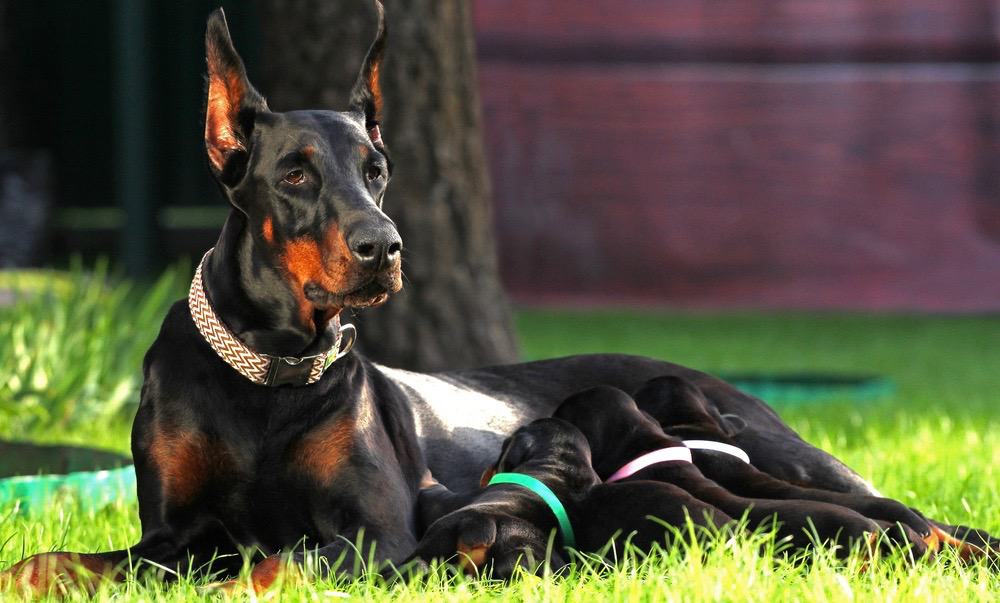 Some Dobermans are larger than others. This is because of breeding. They will be larger in appearance and also weigh more. There have been cases of dogs weighing up to 120 pounds but that is unusual.

Dobermans are naturally sleek dogs and will maintain their slim profile if they receive well-balanced dog food high in nutrition but not high in calories.

Mature Dobermans need at least two hours exercise every day. If they don’t get enough exercise, they can get sluggish and put on unnecessary weight. Make sure you exercise your dog enough. Without enough exercise, he won’t be healthy.

How Long Are Dobermans Pregnant?

The normal gestation period for dogs is approximately 63 days from conception. However, gestation can be shorter or longer and the date of conception is not always an accurate date to time the birth.

This is because conception doesn’t necessarily happen when mating happens. Sperm can stay alive for several days inside the female, and eggs themselves can be fertile for up to two days. This means that the day of mating is not an accurate measure of when conception took place. It’s best to consult a vet to determine the length of gestation.

How Many Puppies Do Dobermans Have?

Dobermans are physically strong and generally have healthy litters. Females usually give birth to litters of six to eight puppies. The litter is usually healthy. Dobermans are popular with breeders as they are uncomplicated dogs to breed.

What Is The Life Expectancy Of A Doberman?

Dobermans don’t live very long. The average Doberman lifespan is 10 – 13 years. Depending on genetic factors and level of care, some individuals can live up to 13 years.

How Much Does It Cost To Own A Doberman?

The average price of a Doberman puppy that you buy from a reputable breeder is between $1,500 and $2500, depending on whether your dog will be a pet or a show dog.

Don’t forget the first visit to the vet and the first vaccines. Then there are the deworming, flea & tick medication as well as the dog license. You do the math! 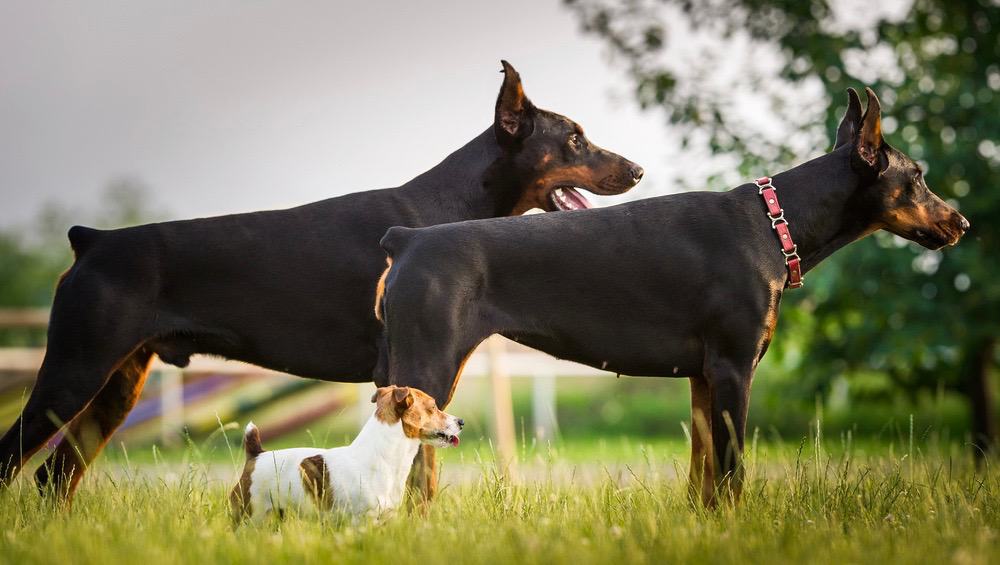 Routine veterinary examinations are very important for Dobermans. Common diseases they can suffer from include dilated cardiomyopathy, which is a disease of the heart muscle, hypothyroidism, Wobbler syndrome, color dilute alopecia, and Dancing Doberman Syndrome.

Von Willebrand’s disease is a bleeding disorder, similar to hemophilia in humans. If your dog loses hair and becomes overweight it might be a sign of hypothyroidism. You can suspect that your dog has Wobbler syndrome if his neck seems stiff and sore.

Color dilute alopecia appears in blue and fawn Dobermans and manifests in a poor and patchy coat. With Dancing Doberman Syndrome dogs begin to flex and straighten first one and then both hind legs when they stand.