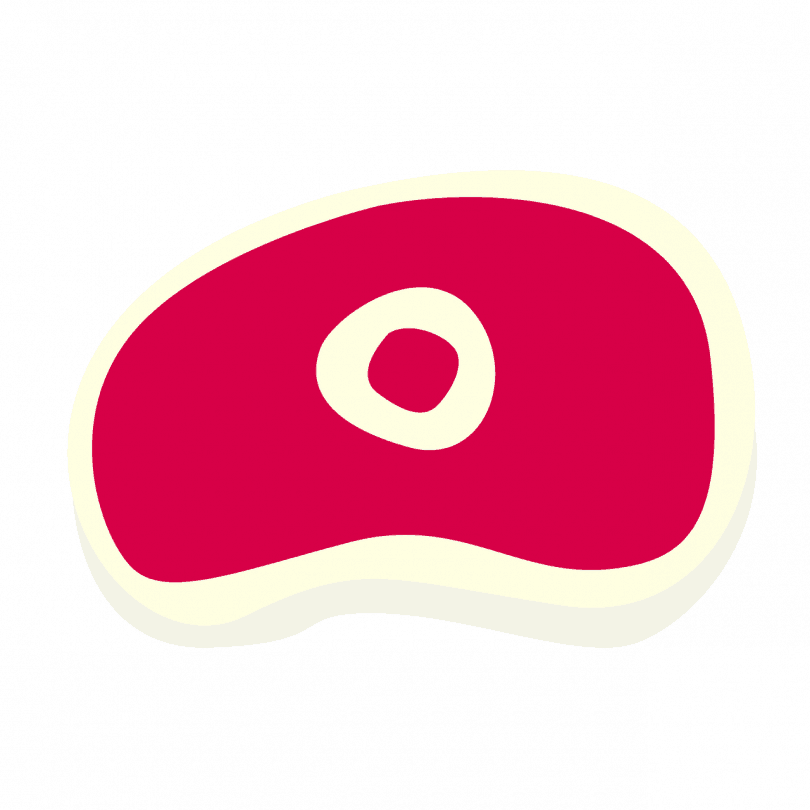 Have you considered feeding your dog a raw food diet? Before we begin, let’s make one thing clear: the best dog food for Labs, or any other dog for that matter, depends on your lifestyle. If you don’t have time to do your research and shop for the right foods, don’t even try this.

You should also look at your dog’s eating habits. For example, dogs who swallow bones whole or just chomp them into chunks before doing so, shouldn’t get bones. The chunks of bone can obstruct or perforate the digestive system, and this could be life-threatening. On the other hand, dogs that gnaw bones properly will clean their teeth at the same time.

With the cautionary notes out of the way, we can cut to the chase. Many pet owners are discovering that feeding their dogs raw food can have significant health benefits, and some vets agree wholeheartedly too.

This is a big one! If you’ve been puzzled by the trend for brushing pets’ teeth, know that they wouldn’t need this if they ate natural foods. Tooth decay isn’t just uncomfortable for dogs; it can also affect the heart and respiratory system. Dogs can get gingivitis just like people do, and that results in tooth loss – or worse.

85 percent of dogs have dental problems. That’s a number we can’t ignore. However, when they eat natural foods, they have to rip and tear it up. They also get to gnaw bones, rubbing plaque and tartar off their teeth.

Does your dog tend to get diarrhoea? Does it often vomit after eating? That’s because he isn’t chewing properly. The chewing action promotes the secretion of digestive enzymes which are ready to work on the food by the time it hits the stomach.

When you start feeding your dogs a raw food diet, you’ll find that they defecate less frequently and at lower volumes. The poo even smells better. Kibble eaters, on the other hand often get diarrhoea and constipation. The digestive balance is wrong, and so is the balance of nutrients since kibbles are usually carbohydrate-packed.

#3. A shining coat and a healthy skin

Kibble has been implicated as a cause of so-called “hot spots.” These are areas of dry, itchy skin that dogs will often lick or scratch open. But even when your dog doesn’t have hot spots and open sores, his skin might be too dry as a result of his kibble diet.

Pet owners who advocate raw food dog diets say that the first improvement they notice is a healthier coat. That’s because the skin is producing enough sebum to feed the hair, keeping it glossy and in good condition. The extra sebum is also good for the skin. Surely dogs also like having a healthy, supple skin!

Vets around the world say that pet obesity is an “epidemic.” Although an overweight dog can look beautiful, it isn’t in the best of health. Like people, pets are prone to dangerous diseases and are more likely to have a reduced lifespan when they are overweight.

Commercial dog food brands have undergone a series of scandals after dogs who ate their foods got dangerously ill and even died. That’s because food that isn’t fit for human consumption is often processed into dog food. A much more insidious problem comes from aflatoxin, a fungal toxin produced by decaying grains. It might or might not make your dog ill immediately, but aflatoxin is known to be carcinogenic.

By feeding your dog healthy, natural food that’s good enough for you to eat, you can at least be sure that you’re limiting the intake of toxins.

There are factors for and against raw food diets for dogs, but if you have the time and the money, and your dog doesn’t just swallow food whole, there are decided health benefits to raw foods. After all, it’s the way nature intended dogs to eat.