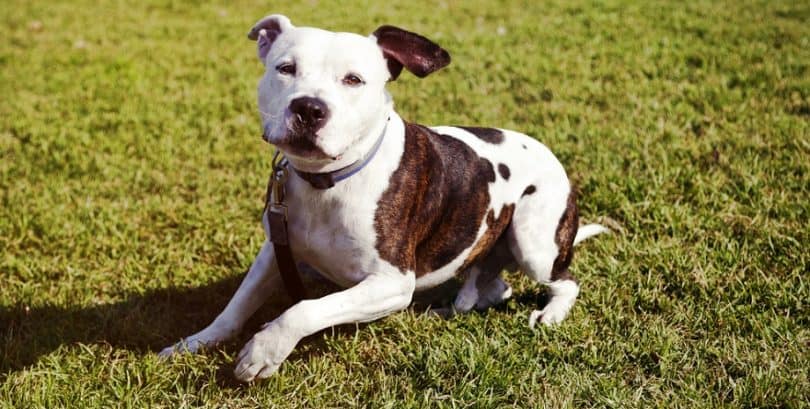 Given their unpopular reputation, it is easy to make a lot of assumptions when it comes to Pitbulls.

Yet, despite their reputation, there is a lot more to Pitbulls than most people know about. One of the most common questions that we have come across is “are Pitbulls good with kids?”

To answer this one, we had to look through both fact and fiction, getting a clear idea of what Pitbulls are actually like.

It is also important to know how to treat your Pitbull and how to acclimate him around kids. Here’s what you need to know.

Table of Contents show
1 Pitbull Nature
2 Why Are People Scared Of Them?
3 What About Pitbull Bans?
4 Nature vs Nurture
5 Why Pitbulls Made Good Pets
6 So…Are Pitbulls Good With Kids?
7 Rescues
8 How To Introduce A Pitbull To Kids

To begin with, let’s clear up the air about Pitbulls. The term itself can encompass many different dog breeds. Many bulldogs are all lumped together under the tag “Pitbull,” but Pitbull should refer to the American Pitbull breed.

By nature, Pitbulls are affectionate and loyal. They love their families and will defend them to the death, which is one of the factors that can scare some people out there.

As a rule, they love humans and are more likely to be your friend than anything else. They have even been referred to as nanny dogs, due to their nurturing disposition.

Why Are People Scared Of Them? 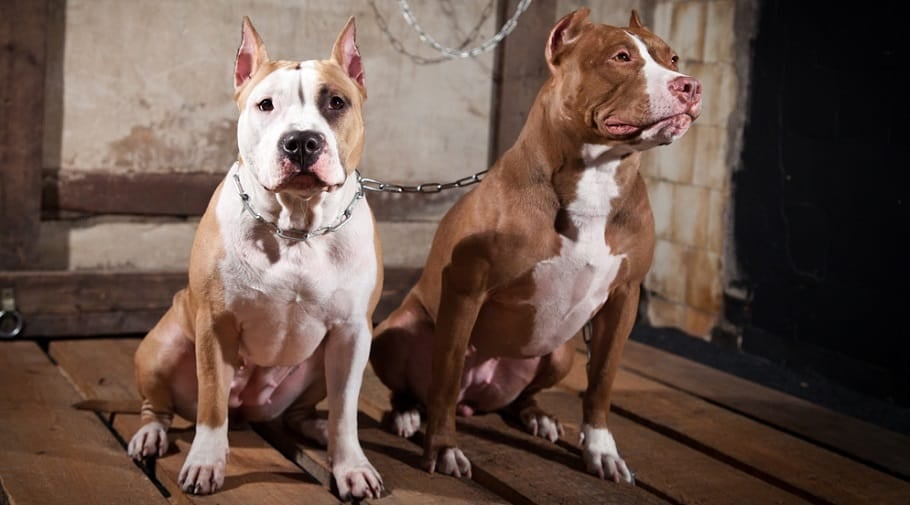 So if by nature Pitbulls are not scary, why do they have such a bad reputation?

There are a couple of things that have caused their reputation to backslide, creating a culture that fears the breed rather than embracing it.

Should you always approach a strange dog with caution? Absolutely. But with their nasty reputation, it does not mean that your beloved Pitbull is going to do anything beyond adoring his family.

What About Pitbull Bans?

It is also true that the breed has been banned in various locations around the world. The breed is banned in 12 countries around the world, including New Zealand, Brazil, Belgium, Canada, France, Finland, Denmark, Poland, Norway, and Puerto Rico.

The bans vary from place to place. In some locations, it is ok to have rescued one, but illegal to breed them. In other locations, the breed is completely banned and any dogs found will be terminated immediately.

The reasons behind the bans is the same as the reasons that people fear the breed. The bite is strong, they have a public record of biting people, and the breed has been historically bred to fight and kill other dogs.

It is normal to be intimidated, but not all Pitbulls can even act aggressively if they wanted to.

The biggest factor here is the concept of nature versus nurture. The question is whether a Pitbull is nasty by nature or if that is something that has happened to him, because of a lifetime of poor treatment.

If you can acclimatize them to your vibe, you should have a mild-mannered and loving dog rather than one that is vicious and out to get you.

If you have ever met a dog that has been abused and neglected, you will have noticed that the dog either cowers from humans or the dog is poised to attack.

Both are defense mechanisms and a result of poor treatment rather than any kind of indication about how the dog’s personality really is.

There is still a prejudice around that says regardless of how a Pitbull is raised, the dog will be aggressive.

While some dogs, not breeds, have a higher tendency to be defensive that has more to do with the individual dog rather than the breed on the whole.

Why Pitbulls Made Good Pets

Let’s do a quick rundown about why Pitbulls make excellent pets. 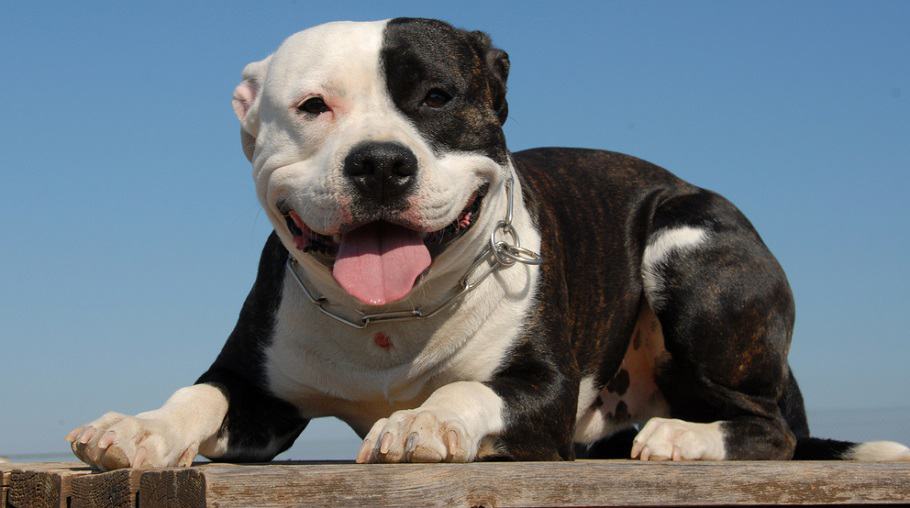 The ultimate question of course is whether Pitbulls are good with kids or not. Speaking to Pitbull owners who have had the dogs as part of the family, the first answer is yes.

Unless there is a pre-existing condition with your Pitbull, if you have adopted a puppy, you have no reason to fear that your puppy is going to attack your children.

As members of the family, Pitbulls harbor a reputation of being sensitive, fun, and pretty easy-going. The breed likes children on the whole and is incredibly tolerant and patient with them.

They see themselves more as a protector of children rather than seeing the children as a threat. Pitbulls are great therapy dogs for many children, acting as calm family members and not as a source of stress.

If you have very young children or babies, the dogs can also be around them, but just be cautious. A Pitbull is not a babysitter and should not be babysitting your children for you.

Do not leave your babies or children alone in a room with a dog of any kind, no matter how loving and wonderful the dog might seem.

The temperature of the room can change when it is just a dog alone with a small child and it is true that with any breed, you need to be controlled and careful about how the dog interacts with your young children. It will save you a lot of potential heartaches.

It is also important to remember that Pitbulls as a breed are not actually very big dogs. They are muscular and stout, but they are often short and small in stature.

The only concern that you should really have with Pitbulls is if you decide to adopt a rescue Pitbull.

This is because rescues often have an unknown history and with the risk of Pitbulls being used as fighting dogs, it should not be a concern that you easily disregard. Instead, you should try to be aware of the state of the dog before you decide to adopt it.

Rescuing an unwanted dog is wonderful and kind, but it is not always the safest idea if you have children in the home. If a rescue was kicked often, for example, it might cow away from children at first, only to lash out at them later.

Unless you have older children, it might be best to avoid rescue Pitbulls if their history is truly unknown and if they have no experience around children.

You can always try to foster one or take a Pitbull in for a trial period but do so with caution and patience.

You will need to watch the dog around your children at all times and you also need to be careful about your children forming bonds with a dog that they might not be able to keep in the end.

How To Introduce A Pitbull To Kids 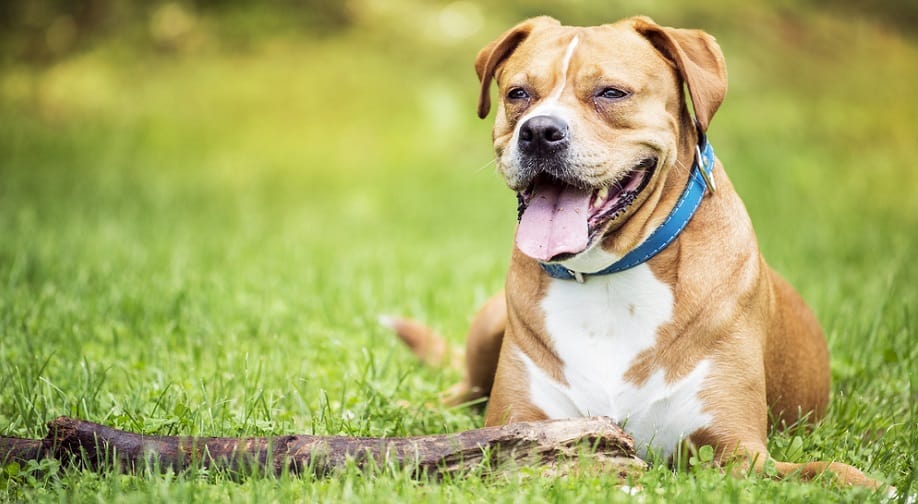 The last thing that we want to cover is if you have decided to adopt a rescue or a Pitbull in general, is how you should introduce your new dog to children.

To do this, you will want to have supervised interactions. Teach the children to be calm and gentle with the dog and how to play with him nicely.

If the dog is establishing boundaries, it is important to respect those all of the time. This includes when a child is simply trying to play or cuddle.

On the other side of things, it is also a good idea to praise your Pitbull when he shows love and affection.

If you can show him what it means to be a good dog, he will be able to continue to display that specific behavior for you, establishing a healthy relationship instead of a contentious one.

Even if you have adopted a brand new puppy from a breeder, teaching your children the dog’s boundaries will allow them to build a positive and trusting relationship that should last a lifetime.

If you are ready to bring a Pitbull into your hope, just do so deliberately and with intention. Planning well will set you up for a positive relationship with your dog and ensure he’s a good fit for your family.

Make sure the breed is allowed where you live as there are restrictions in some locations or if you are a renter, sometimes that breed is off-limits to rentals.

With good research and preparation, you can add a Pitbull as the most loving and newest member of your family.