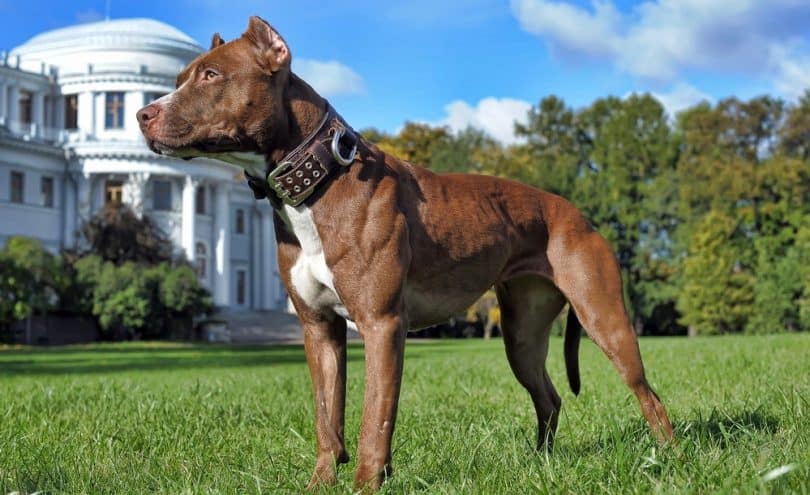 Given the tough reputation that Pitbulls have and the hesitation that many people feel around them, we are going to address a common question: how strong is a Pitbull’s bite?

Knowing what the Pitbull bite force is might not ease your mind, but it will give you factual information about the breed.

It is also important to remember that dogs of all breeds have the ability to bite, but the ability does not mean that the dog is going to bite you.

Their demeanor and danger have more to do with how they are raised and their natural personality, and they do not bite for fun.

Table of Contents show
1 What Is The Bite Force Of A Pitbull?
2 Pitbull Bite Force Compared To Other Animals
3 Pitbull Bite Severity & Injury
4 Do Pitbulls Lock Their Jaws When They Bite?
5 How to Get A Pitbull To Release His Bite?
6 What Factors Affect Dog’s Bite Force?
7 Can A Pitbull’s Bite Break Bones Or Kill A Person?
8 Where Are Pitbulls Banned And Restricted Internationally?
9 Final Words

What Is The Bite Force Of A Pitbull? 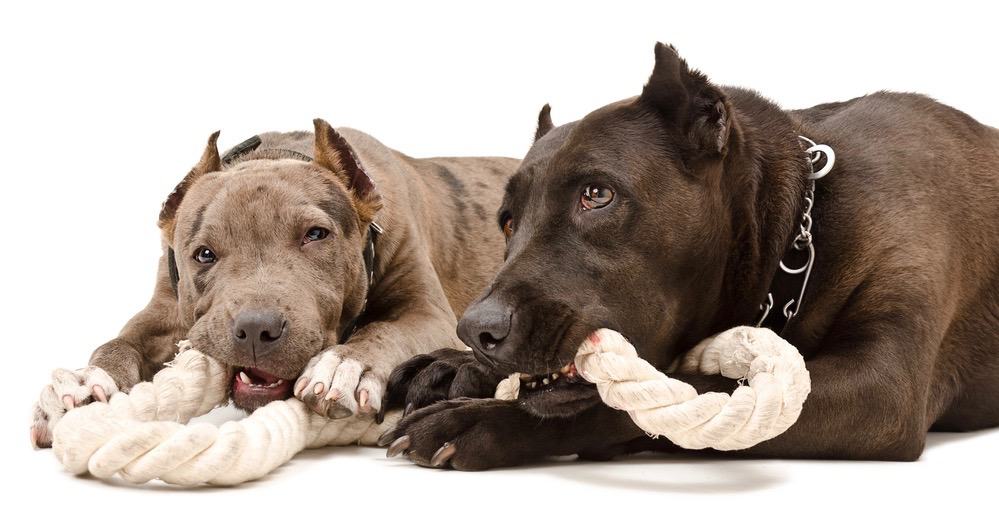 Bite Force is calculated using PSI, or “Pound-Force per Square Inch. This is measured through all of the applied pressure over one square inch of one pound.

It is a universal way to measure pressure, not just with dog bites, but from anything from tire pressure and fuel storage.

As for Pitbulls, their bite force is 235 PSI. They are a muscular breed of dog that is often considered the strongest of their category.

Initially, the breed was used to help prevent livestock from being attacked by predators. They have a wide face and the force comes from their jaw.

Their bite force is what makes Pitbulls so scary to some people. By nature, the dogs are not vicious and can be quite loving, in fact.

But when they do bite, the bite can be extremely dangerous. With proper socialization and training, however, you should not need to worry about it with your own Pitbull.

While the bite force of a Pitbull sounds scary, it is important to keep things in perspective.

If you are just thinking that 235 PSI is really high for a bite force, you should get some basis of comparison to see what the reality of it is. Here are some other animals and breeds to look at.

Looking at the list above, you will immediately notice that a crocodile’s bite force is substantially higher than any of the other animals listed.

It might be harder to come into contact with a crocodile, so the concern might not be as high as it would be with a Pitbull, but look at the other dogs that also have high bite forces.

The Kangal, Cane Corso, Rottweiler, and American Bulldog all have stronger bites than the Pitbull.

One of the biggest concerns that surround owning a Pitbull is that their bites have been reported to be more severe and that the dogs will cause greater injury than other breeds.

These “facts” are unsubstantiated. This means that while there has been a lot of rumors surrounding the severity of Pitbull bite injuries, the information out there is not true. 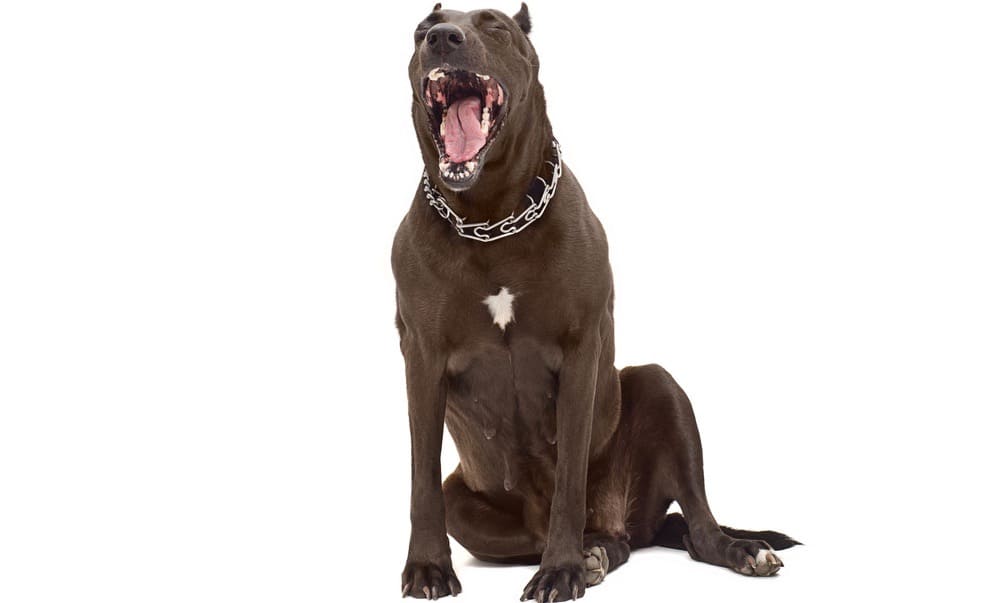 We will not argue that Pitbulls have a strong bite force. We know that. The issue is that there have been no scientific studies performed that have indicated that a Pitbull’s bite causes any more injury than any other kind of bite.

Individual dogs can be triggered in very different ways from general conflict to self-defense. These reactions have not been shown to belong to any specific breed, but instead apply to dogs in general.

This means that Pitbulls are generally over-represented in dog bite reports, with a lot more attention given to them without any numbers to back up the claims.

Do Pitbulls Lock Their Jaws When They Bite?

Another common concern that we have heard about in regard to Pitbull bite force is that dogs can lock their jaws when they bite someone.

This is not a straightforward kind of concern and the question as to whether their jaws can lock is a yes as well as a no.

Their jaws in general do not have some kind of specific locking mechanism that forces them to spring down and lock into position.

They do not lock their jaws and their mouths are not capable of locking. 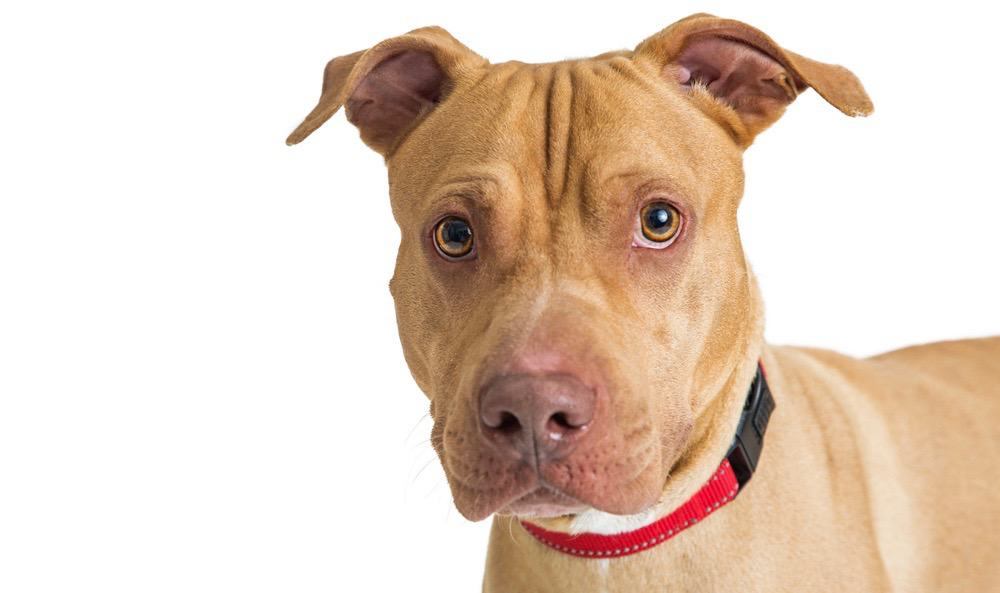 In truth, Pitbulls can just hold onto something for a very long time without getting tired. This means that their jaws are not capable of locking, but they are capable of hanging on as long as they would like to.

The reputation comes from the thought that the dogs have a strong jaw, which they do, and that they have stronger jaws than most other breeds, which is not true.

If you look at the size of a Pitbull in real life, you might be surprised to see that they are a medium-sized breed. These are not large-breed dogs. Large-breed dogs have even stronger and larger jaws than a Pitbull does.

How to Get A Pitbull To Release His Bite?

Naturally, given the fact that their bites are strong and that Pitbulls can be trained to hang on for a very long time, you might be wondering how you can get a Pitbull to let go if one has bitten down on someone or something.

The most efficient and effective way to get a Pitbull to open his jaws and let go is to use a break stick in between his teeth.

A break stick, or a parting stick, is used to open up jaws when they are closed down. It is put behind the molars of a dog and then rotated to force the dog’s mouth to open, but it should not hurt the dog. 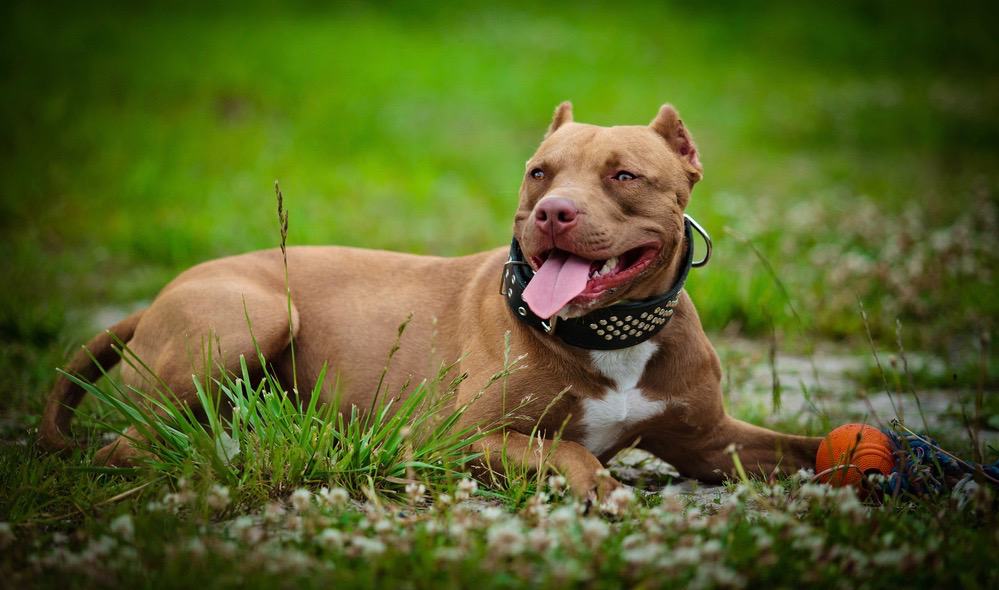 Dog trainers have these sticks handy because they are training dogs, but if you are getting a Pitbull, you might want to invest in one too.

The hardest part here is that the dog’s natural urge will be to shake his head while you are inserting the break stick between his teeth.

Remember that the breed is not very large and you should be able to hold him still to get him off of you if he bites. It is your responsibility as a dog owner to keep others safe as well.

Usually one of the biggest considerations in a dog’s bite force is his size. The bigger the dog, the stronger the Bite Force.

Pitbulls are not a large dog breed and are actually considered medium dogs. This means that larger dogs, such as a Rottweiler, are going to have a stronger bite force than a Pitbull does. That does not mean that Pitbulls are not strong, however.

They are still the strongest dog in the medium-sized breed category, though, as we showed above, plenty of other breeds and animals have a stronger bite force.

Another factor that can affect a dog’s Bite Force is the size of his head and his jaw. This is different than the physical size of the dog, since we know that as a rule, Golden Retrievers are larger than Pitbulls, but they only have a bite force of 190 PSI, compared to the Pitbull’s 235 PSI.

This is because dogs with larger heads and jaws will have more Bite Force than dogs with slimmer muzzles and smaller heads.

Over time, most breeds, if not all breeds, of dogs were bred for specific purposes. As for Pitbulls, they were bred to guard livestock.

As a result, the dogs are agile and muscular with a powerful bite force, intended to keep predators away from livestock.

This is why the dogs were chosen to fight in dogfighting and other horrific sports, but the bite force was created to complete a task, not for aggression.

Can A Pitbull’s Bite Break Bones Or Kill A Person?

Given their negative reputation and all of the fear and concern that surround Pitbulls and their bite force, you might be wondering how dangerous a Pitbull bite is.

After all, can they break bones, and is it possible to kill a person?

Looking at the comparison that we made above with the bite force of a Pitbull compared to other animals, you should see that while their bite is strong, it is not as strong as other animals.

As to whether a Pitbull could kill, the answer is, unfortunately, yes. When Pitbulls have been trained for fighting or are put on the defense, they can fight viscously. 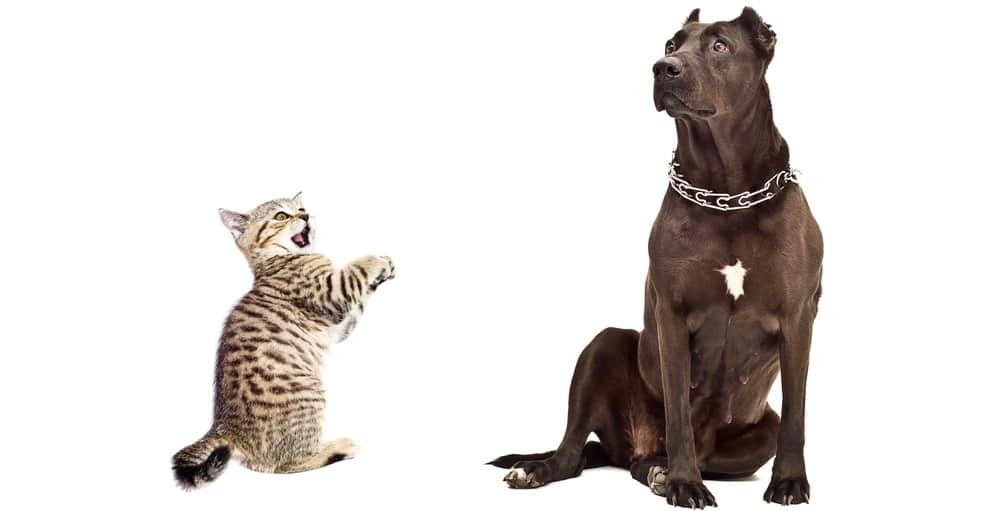 People have died from being mauled by Pitbulls. The deaths are usually caused by extreme blood loss due to a torn artery during the dog attack.

While Pitbulls have been trained to attack people or animals in the past, when the dog is raised with love and affection, this is not going to be as likely of a situation.

Instead, the dogs can live with families and treated lovingly. You will only see dogs who are attacking when there is something greater going on in the dog’s life, such as abuse, homelessness, and a lack of nutrition.

If they are trained to attack and to kill, then they will follow those instructions.

Where Are Pitbulls Banned And Restricted Internationally?

While you still can own a Pitbull in many locations, the breed has been banned in several countries around the world.

These countries have marked the breed as too dangerous for the country and therefore should not be around.

Pitbulls have been banned in twelve countries around the world, including New Zealand, Brazil, Belgium, parts of Canada, France, Finland, Denmark, Poland, Norway, and even the American territory of Puerto Rico. 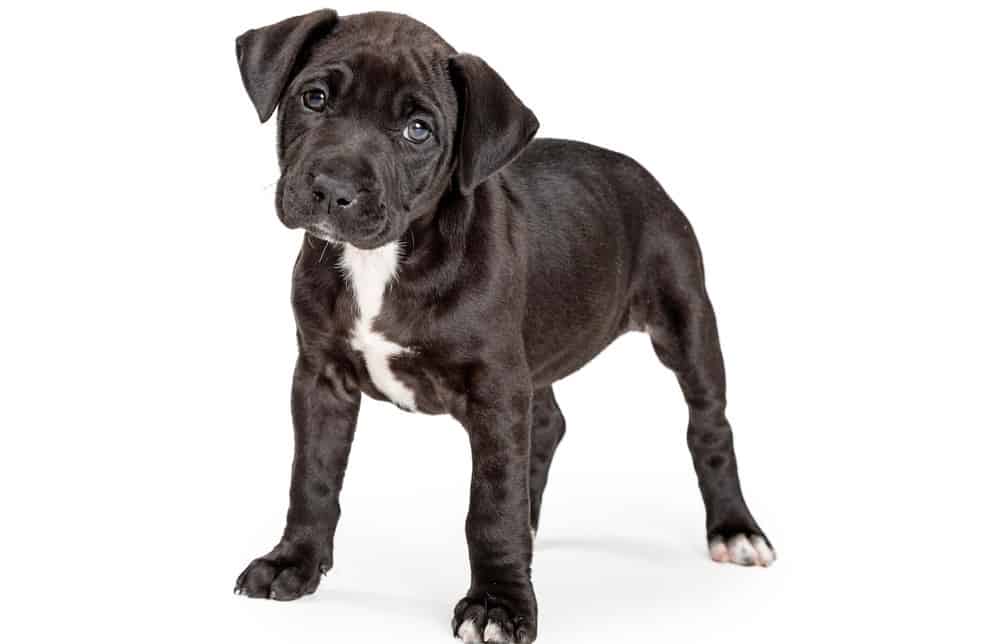 The breed is popular in the United States and would therefore be incredibly difficult to ban or do away with, but there are still many locations throughout the United States where the breed has restrictions or where local ordinances have banned them.

It might be better to have stricter restraining laws, including having harnesses or muzzles if the dog is prone to biting.

The owner of the dog is responsible for any bad behavior the dog exhibits so keep that in mind before you adopt one.

In conclusion, we have given out a lot of information on the bite force of a Pitbull. Pitbulls do not have the strongest Bite Force, especially when compared to larger dogs.

Their danger is less in the strength of the bite than it is in the ability to hold on for a long time. Instead, make sure that your dog goes through proper training and the time has been taken to teach the dog self-control.

It is a good idea to have any breed trained to help with behavior, and Pitbulls definitely are no exception.