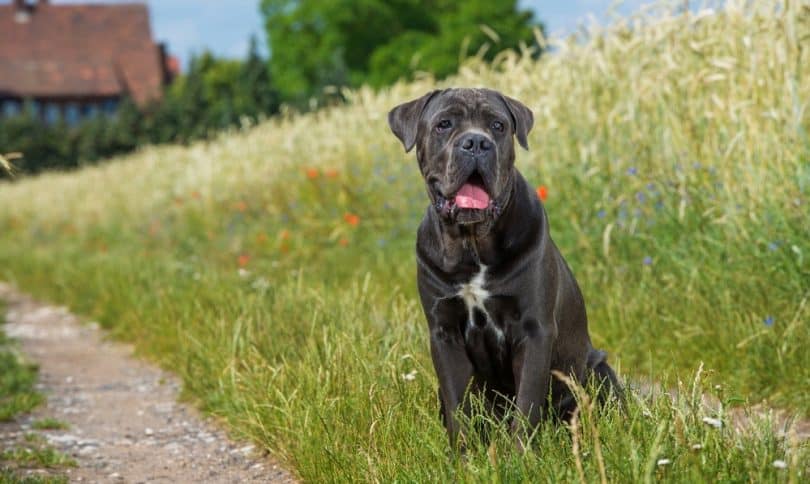 Current and future Cane Corso owners should prioritize protection of others by knowing their dog’s bite force.

Cane Corso’s have a bite force of around 700 pounds per square inch (PSI) which puts them among the dog breeds with the strongest bite force in the world.

PSI is a reaction of every force measured over a square inch of a pound.

The general body strength of the dog depends on weight, skull size, and the structure of the jaw, with well-trained and well-fed dogs having a stronger bite force.

Ownership of a Cane Corso comes with great responsibility as training is necessary to ensure the general public can be kept safe.

This article will explain all the key information you need to know about the Cane Corso bite force, to ensure you are well prepared in case you want to own one.

Table of Contents show
1 What Is The Bite Force Of A Cane Corso?
2 Cane Corso Bite Force Compared to Other Animals
3 Do Cane Corso Lock Their Jaws When They Bite?
4 How to Get a Cane Corso to Release His Bite?
5 Is Cane Corso Dangerous?
6 How Is Dog Bite Force Calculated?
7 Can A Cane Corso’s Bite Break Bones Or Kill A Person?
8 Where Are Cane Corso Banned and Restricted Internationally?
9 Final Words

What Is The Bite Force Of A Cane Corso? 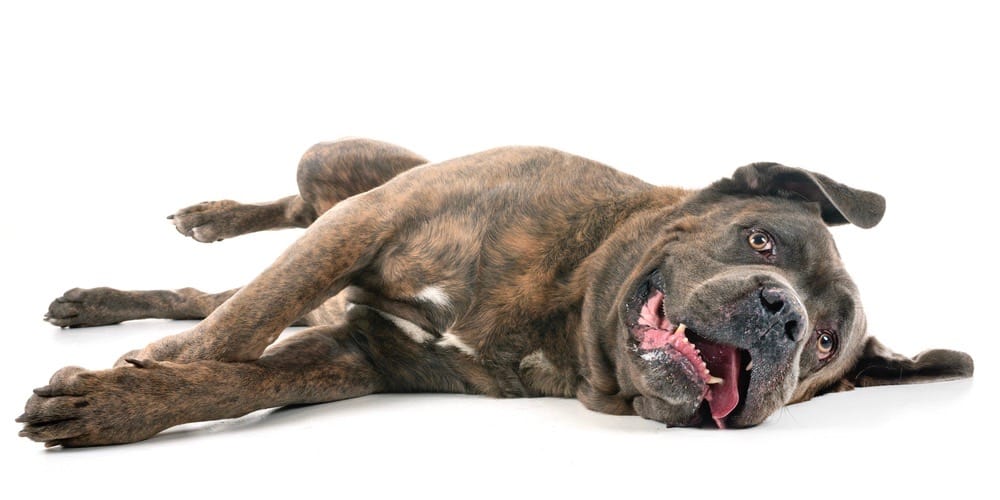 The bite force of a Cane Corso is around 700 PSI which is impressive in the dog world. To put into context, a Cane Corso has a greater bite force than a cheetah which has 475 PSI.

Any animal that can bite harder than a cheetah, must bite strong! This bite force does not mean it exerts that pressure every time a Cane Corso closes their jaws, but more reflects their capability of producing such force.

A general rule to follow is that large, bulky dogs with wide jaws tend to have a greater bite force than smaller, slimmer breeds.

Wild animals with larger canines would go for larger prey to satisfy their hunger and need strong jaws to capture and kill their prey and chew their meal efficiently.

During the development of a Cane Corso, selective breeding played a role in giving this breed a powerful jaw.

If you compare the Cane Corso bite with other animals, you will notice that this breed has a strong bite force.

It is among the top three most potent breeds in the world. The humans’ bite force of 120 PSI is like a mosquito bite when compared to the Cane Corso. The following are the bite forces of different animals compared to Cane Corso:

The crocodile is a large semi-aquatic reptile commonly known for a great bite strength of about 3700 PSI.

Kangal’s bite force is 743 PSI. This breed is very defensive and protective and comes in the number one spot of the dog bite force.

Rottweiler is recognized as a guard dog with a significant bite force of about 328 PSI. They are used by the military because of their high intelligence.

American Bulldog is very affectionate and extremely sensitive. They also make great family pets but that does not mean they cannot bite. They have a strong bite force of about 305 PSI.

Pitbulls are notorious and are always known for the wrong reasons. However, they can be playful, friendly and loyal. They are commonly thought of as fighting dogs and they have a bite strength of about 235 PSI.

Do Cane Corso Lock Their Jaws When They Bite?

“Locking the jaws” is the assumption that large dogs with blocky, large, and wide heads with strong jaws are capable of biting the target and fixing the jaws onto their prey firmly.

It is believed that when a dog locks their jaws, they cannot free whatever it is unless they find it fit to release. This does not however apply to Cane Corso’s.

Cane Corso’s do not lock their jaws because they do not have the mechanisms in their jaws to allow them to lock together.

If a Cane Corso is threatened, provoked, senses danger, or attacked they will bite down with a great force of 700 PSI and release. 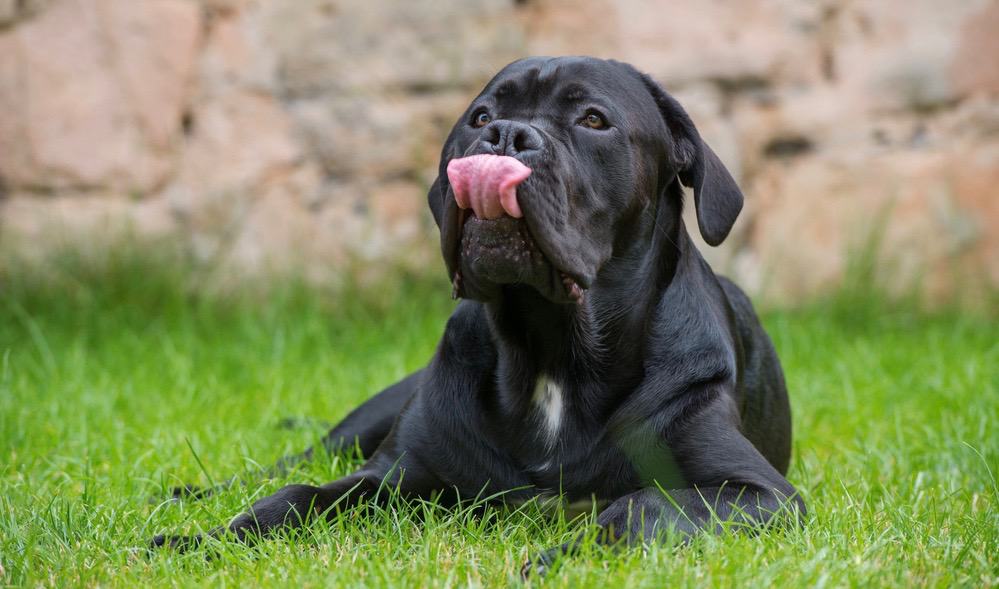 Cane Corso’s are intimidating to those not familiar with this breed. Their muscular bodies, large heads, cropped ears could scare away an intruder.

Although Cane Corso’s do not lock jaws, they can hold on to something tightly with their jaws due to having strong jaw muscles.

How to Get a Cane Corso to Release His Bite?

When your dog fights or is attacked, there are ways to break them up to release their bite. Most dogs can snap at the person or dog they have a problem with.

They can bite and release repeatedly. If you encounter this, it is vicious to squirt them with a bucket of water or hose spray, so this is not advised.

What you can do is grab one or both of their hind legs to break their balance and their center of gravity. If you are not the owner, grab the dog’s tail and one hind leg until the owner comes to regain control of the dog.

If they do not release the biting grip when pulled by the tail, hold their back legs, and flip them on the back.

This should be done correctly for effective and safe action. With the flip, pull the legs from under then hold both legs to prevent them from biting you.

If they bite you, move your arms and body into the dog rather than away to prevent them from tearing you.

The dog should not be kicked or punched but try to place a barrier between the dog and the prey. When they let go try to get the dog away from the situation as fast as possible.

Making a general statement that all dogs of a particular breed are dangerous is not entirely accurate because every dog has different personalities, fears, triggers, and thresholds.

Factors like genetics, upbringing, and circumstances play a role in that. This means that any dog can be dangerous if push comes to shove.

Therefore, Cane Corso dogs are not dangerous; they are composed, quiet, incredibly intelligent, have dignity, and loyal to their families. 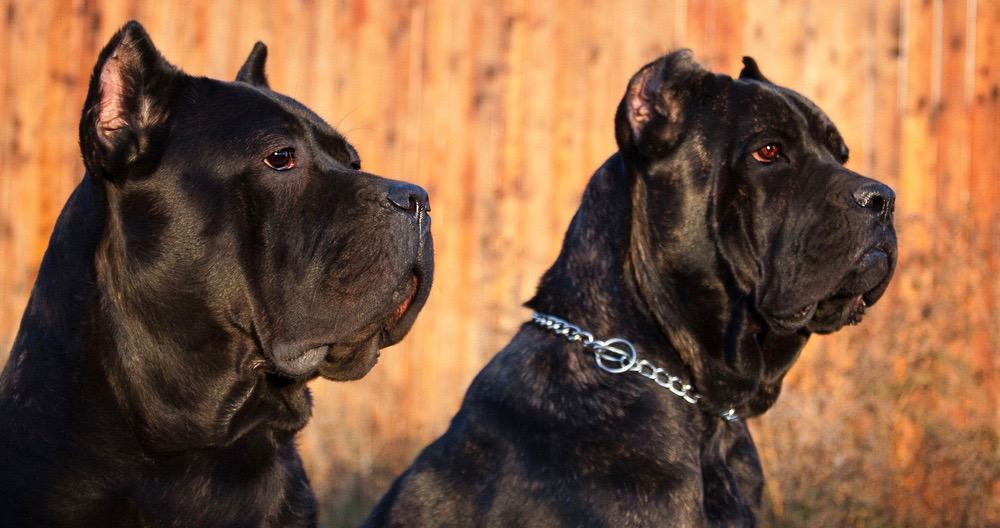 If a Cane Corso is bred with equal amounts of respect, stable temperaments, and correctly socialized, they should not be dangerous unless there is an intruder.

However, if Cane Corso falls in the wrong hands, they can be trained to attack making them dangerous because they are powerful with the ability to cause great damage.

When Cane Corso’s are confronted, they are more ready to fight than to flee making them an excellent guard dog.

How Is Dog Bite Force Calculated?

Bite force calculation excludes factors that add to the total damage a bite or an attack may cause to the subject.

It is calculated by the real bites and not just estimation from the jaw and head anatomy.

Dogs fight differently in real attacks; some will use the bodyweight and bigger size to subdue and tire a subject while others will grab with the jaw and shake.

The bite force calculates the pound per square inch (PSI) in the applied force to the bitten object.

PSI is not exclusive to just dog bites strength but is used to measure everything from atmospheric pressure to bike tire pressure. Most people expect that the bigger the dog the bigger the bite.

Bite strength comes from the size of the dog’s skull, body, and the type of jaw shape they have. The pressure a dog can exert changes depending on the type of material they are biting.

What is surprising is the kind of variance between the bite strength of dogs of similar size.

To measure the bite of your dog in PSI you can use a digital bite meter. Get your dog to bite the meter and the bite force is calculated within seconds thereby determining the power of your dog’s jaw.

This bite meter is separated by a gap, which when bitten the force brings the separated sides together calculating how many pounds of force the dog applies on the machine.

Can A Cane Corso’s Bite Break Bones Or Kill A Person?

Cane Corso’s do not attack aimlessly but when triggered, can be lethal. This dog was traditionally bred for defense purposes.

They usually bite to scare away intruders while using their bodies as a physical barrier. They usually use their intelligence to assess threats and the amount of force required to deal with a threat. 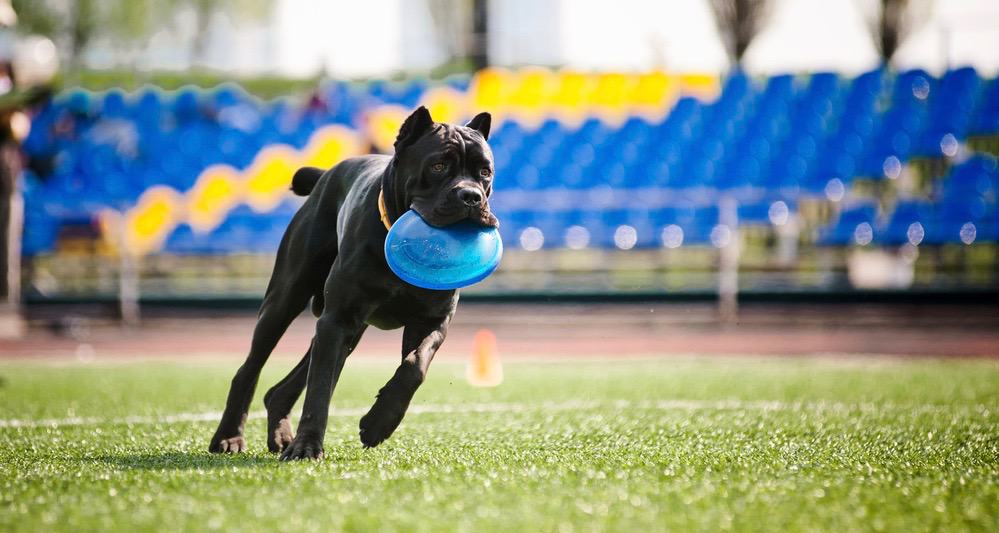 In recent times, incidents of Cane Corso aggression and biting of humans have increased.

This breed can and has killed humans. The aggression of this breed can lead to fatal injuries and sometimes cause fatalities. Cane Corso’s full bite force could not only tear flesh but can also break bones.

Where Are Cane Corso Banned and Restricted Internationally?

Most places across the world have the authority with powers to ban certain breeds of dogs.

Breed Specific Legislation (BSL) are standards that regulate the type of dogs one can have, especially the breeds declared aggressive and dangerous.

The discriminatory legislation for a breed differs by country and their rules for having a dog of a certain breed. 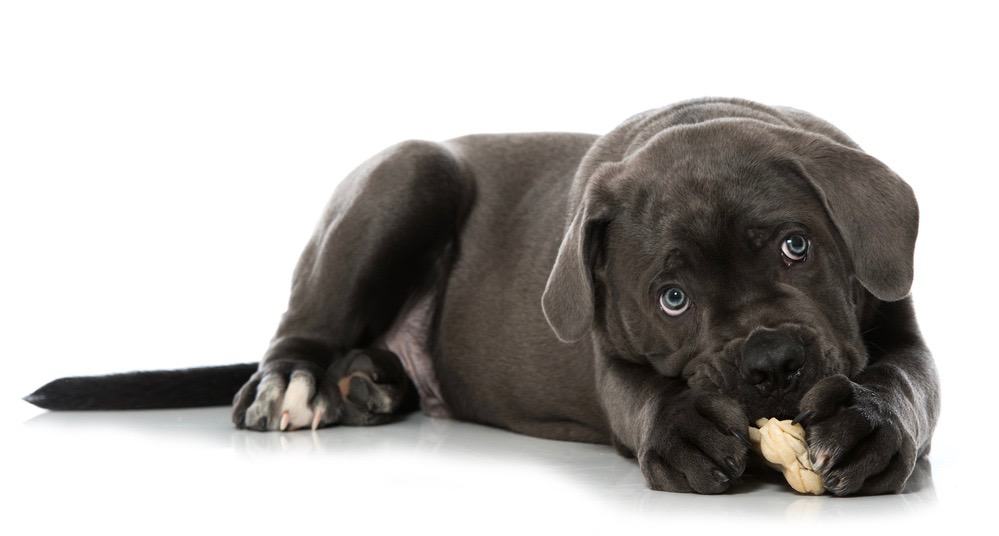 BSL restrictions include; having your pet muzzled in public, spaying or neutering, keeping up to date on rabies, and using signs warning of your pet’s presence.

Cane Corso’s are banned in England, Canada, Germany, France, and Ireland while countries like the USA and Australia are legalized but may require you to take precautions.

They also have restrictions like not allowing you to bring your Cane Corso’s to public places.

Hopefully, this article gives you enough information about how strong a Cane Corso bite is. When ranking strong dog jaws, Cane Corso is in the top 3 with a bite force of 700 PSI.

Kangal and Bandog are the only breeds that have more potent bite than Cane Corso. Their bite force is 6 times stronger than humans and closer to that of hyenas and jaguars.

Despite this aggressive streak, Cane Corso’s are intelligent dogs with high energy levels and are easy to train.

The pressure applied by the dog depends on their mood, and the substance bitten. The sting of a Cane Corso bite force may not only rip the flesh but can also break bones and sometimes cause fatalities.

Therefore, it is crucial to learn the power of your Cane Corso as it can become aggressive when provoked.