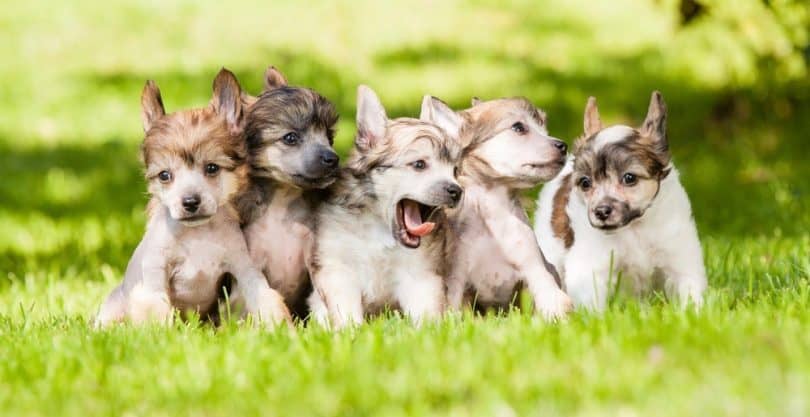 Though it is a small breed, you will still need to verify that the pup is growing at a steady rate.

Beyond that, you should know when a Chinese Crested is fully grown and what you can do as an owner to have a healthy dog.

When Is A Chinese Crested Fully Grown? 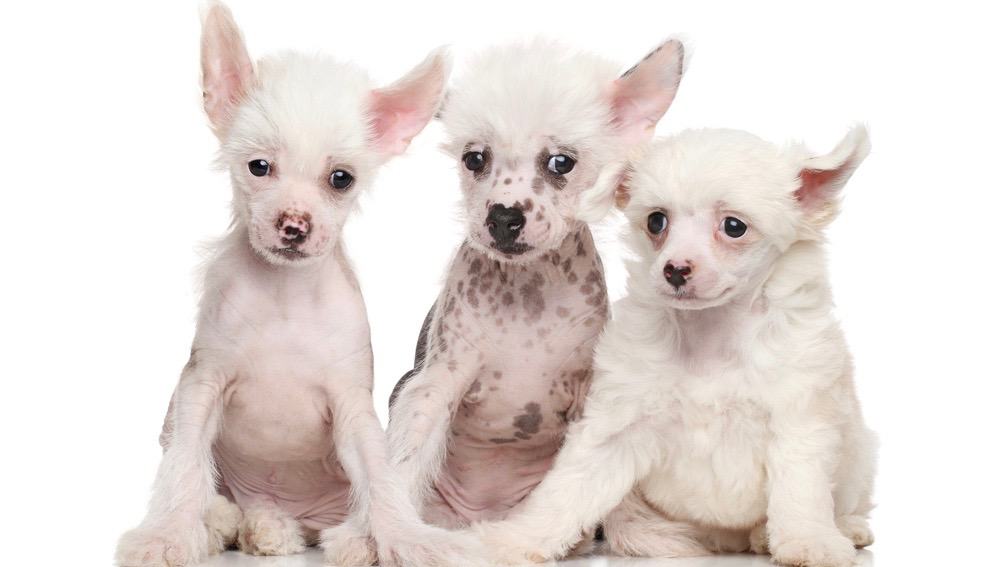 You might be looking at a small and dainty Chinese Crested puppy and wondering when he will be a full-grown dog.

Large breed dogs take a longer amount of time to reach their final weight, often growing for up to 18 months. Smaller breeds, such as the Chinese Crested, do not take as much time.

On average, a Chinese Crested puppy should be fully grown around 9 months old.

It is even possible for them to stop growing as young as 6 months, but they should not grow beyond 9 months. Every dog is different, of course, and yours might grow a little longer than that.

When you are using a Chinese Crested weight chart to help guide you as far as your dog’s growth, you will match up your dog’s age with the appropriate weight for his age.

It is really important to remember that these weights are considered averages, so your dog will likely be somewhere around the average, but do not be surprised if he is somehow under or over what the average is.

Using the weight chart, you will be able to see the averages between the sexes, which in a Chinese Crested is negligible.

You can also see what the average adult size is for a Chinese Crested so that you can get an idea of what to expect.

Generally, most Chinese Cresteds are about the same size. This is a very small dog breed that manages to stay within a couple of pounds and inches of itself, regardless of the sex of your dog.

Remember that a weight chart is a great reference point, but it is not a perfect answer for things and your own dog may not fit perfectly within the chart. If you have growth concerns, always ask your vet. 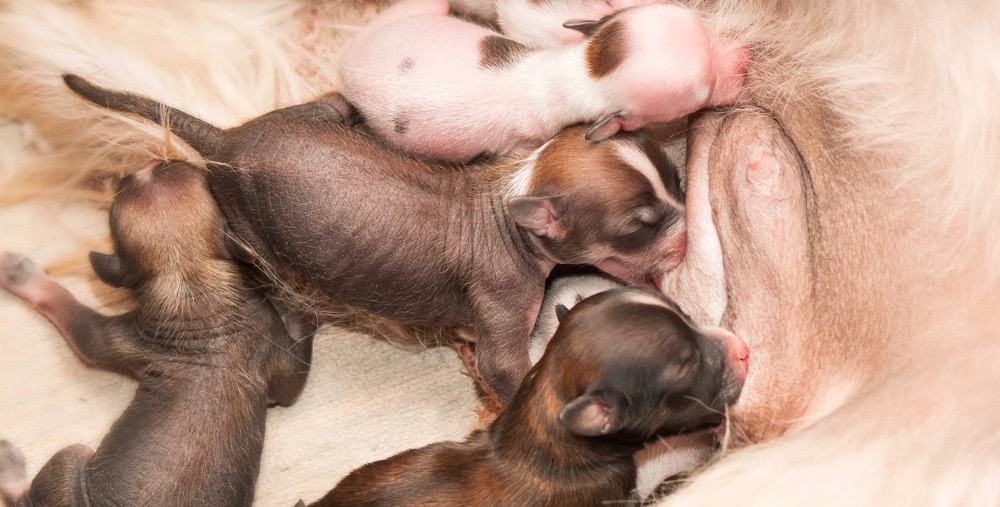 While he will grow some by 2 weeks old, it will not be a lot. They should still be with their mother at this young age and will be relying solely on her milk for their sustenance. They will move around at bit by 2 weeks as well.

There is a lot more growth and maturity that happens between 3 weeks and 12 weeks of age. At 3 weeks, a Chinese Crested will still be living with his mother and will be reliant on her milk.

At 6 weeks, the puppy should be weaned and adopted out to a new home by 8 weeks old. He will likely only weigh between 3 and 4 pounds at 12 weeks of age.

As we mentioned above when it comes to the time that your Chinese Crested should be fully grown, it will happen between 4 and 9 months of age.

At 4 months, your puppy should have a healthy appetite and be exploring the world around him. By 9 months of age, you can expect your puppy to weigh around 10 pounds and should be about done growing, if not already done.

Some Chinese Crested puppies may grow a little bit beyond the 9 month mark, but there should not be much in the way of growth that happens at this point. 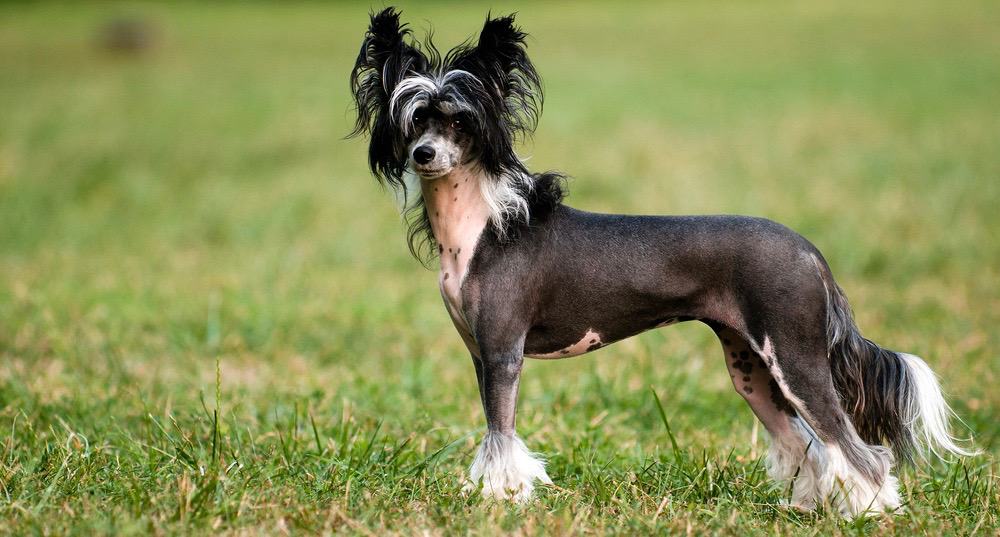 The puppies are small and will not continue to grow, unless it is to gain weight, which you would not want.

Chinese Crested puppies should be kept at a healthy weight. You may notice personality changes in your dog as he matures, but there shouldn’t be growth.

When your Chinese Crested is an adult, you will likely find that it is not an energetic dog breed.

Once the puppy energy wears off, you will have a dog that is most inclined to stretch out and watch television with you rather than run around and play fetch.

His adulthood should start around 9 months of age, give or take a few weeks. This is a small breed, so they do not take as much time to reach maturity.

How Big Do Chinese Crested Get?

If you are looking at one of the sweet, dainty Chinese Crested puppies, you might be wondering how you can know what the puppy’s final size will be.

The first indicator would be to consult with a Chinese Crested growth chart, but that is not the only way to know.

If you have seen the puppy’s biological parents, that is a big way to know what to expect as your puppy gets bigger as they are often the same size as their parents. 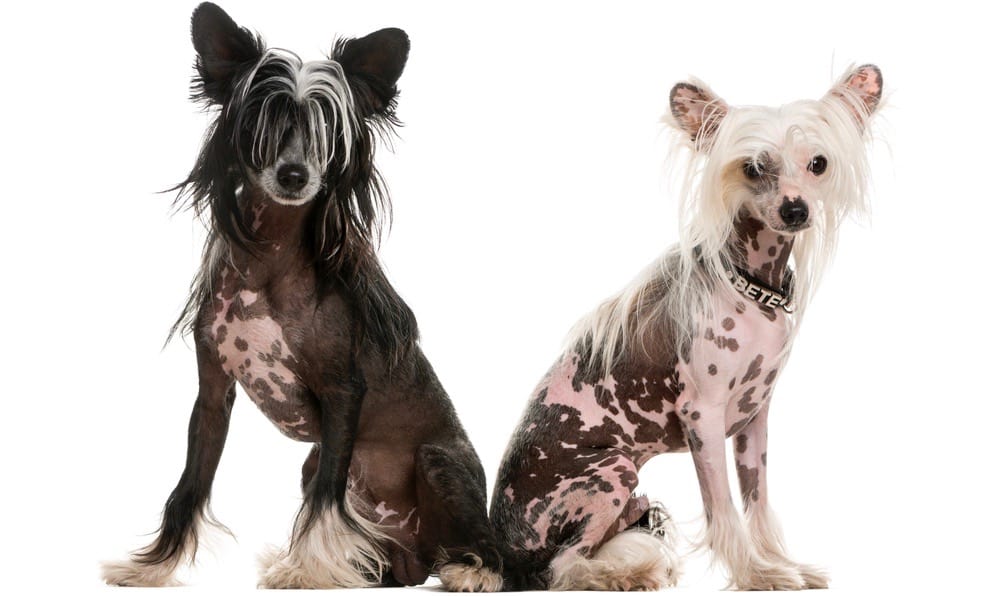 There is the method of looking at the paws that your dog will have to grow into, but that does not work on small dog breeds as well as it does on large breeds.

The other thing that you can do is have a DNA test performed on your pup. A DNA test will be able to confirm the genetic makeup of your dog and give you an idea of how big he should be once he is done growing.

Will Neutering/Spaying My Chinese Crested Affect His Growth?

If you have ever owned a dog before your Chinese Crested puppy, you might be familiar with the practice of having your dog spayed or neutered as early as possible.

6 months of age is when most vets will find that anaesthesia is safe to do for the pup to go through.

Yet, in more recent years, more vets have been recommending to wait beyond the 6 month mark to have a dog fixed.

The advantage to waiting until a dog has reached maturity is that the dog will have better bone and joint health.

This really applies to larger breeds and your Chinese Crested should not be affected by this.

Meanwhile, having your pup fixed earlier will eliminate any risk of unwanted pregnancy, can prevent cancers, and keep your dog from running off in search of a mate.

Given that the Chinese Crested is such a small breed, there is not going to be much involved with their height.

To measure your Chinese Crested puppy, you will need to have your dog stand on all four legs. Then, measure the dog from the shoulder to the floor to get his height.

There is not a lot of growth to worry about with a Chinese Crested as they should reach their final height when they are around 9 months old.

Even though they are both small, thin breeds, there are a lot of differences between a Chinese Crested and a Chihuahua.

Chihuahuas are a lot smaller than Chinese Cresteds, though they do have somewhat similar appearance in their faces.

In height, a Chinese Crested is between 10 and 13 inches on average, while a Chihuahua is between 6 and 9 inches tall.

You should be able to tell that the Chihuahua breed is smaller than the Chinese Crested, even though they are both small dogs.

There are some other similarities between the breeds, such as the fact that both breeds are intelligent, but likewise, they have differences like the fact that Chinese Cresteds are hypoallergenic, as they are mostly hairless.

Chihuahuas also live up to 20 years, where Chinese Cresteds lifespan is 15 years.

Growth is not just something that can be determined at random, but instead has a lot of factors that go into it.

Genetics is absolutely the most important factor that determines how your dog grows. The size of his parents will help you know how big he likely will be.

Gender can also be a factor, as females are usually smaller, but the size difference is pretty slight in the Chinese Crested dog breed.

You should think that nutrition can affect growth dramatically and in some ways it can, but perhaps not in a way that will be determined by a growth chart. 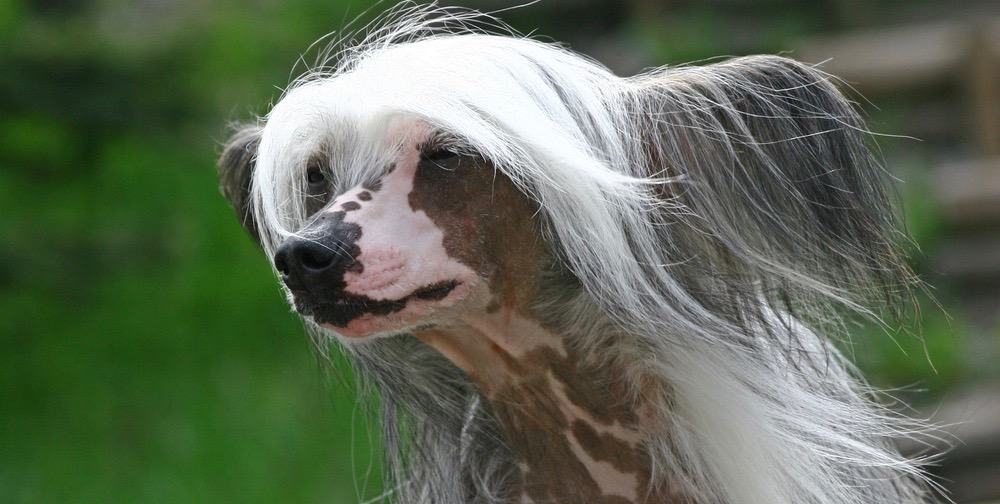 Poor nutrition is unlikely to make your dog shorter, but it could make your dog overweight, which will put added pressure on his joints.

As he ages, the pressure on the joints will make him shorter, slower, and in worse health.

Chinese Cresteds are not big dogs, but they still need plenty of good exercise. They are happy usually just to snuggle up and watch television, however, so you will want to help encourage positive activity.

When a pup is kept at a healthy size, he will grow to the correct height and remain there. Dogs in poor health could wind up shrunken in size as well.

If you are concerned, it is time to go to the vet.

What If My Chinese Crested Is Not The Right Weight

So, if your Chinese Crested is not the right weight, you will naturally begin to worry. Fortunately, there is not always a cause to worry.

Using a Chinese Crested size chart is a great way to have a guide as to what to look for as your dog grows, but it is just a guide.

As long as your puppy continues to remain on the same growth curve, you will have nothing to worry about. If your pup has fallen off of the growth curve, however, then you may need to have your vet take a look at your Chinese Crested and make sure he’s ok.

While most purebred dogs are prone to a myriad of health problems, the Chinese Crested’s problems are definitely on the milder side of things.

Often when a dog is mixed with a different breed, the chances of developing a genetic condition goes down sustainably, but not always.

The most common health problems that a Chinese Crested can get are:

All of these common health problems are related to the dog’s eyes. So while you might be cheering that the Chinese Crested does not have more serious genetic conditions, you may still have to deal with your dog experiencing a loss of sight.

One of the best genetic side effects that comes along with a Chinese Crested is that they are a hypoallergenic breed, meaning that they do not affect people with pet allergies. This is because the breed is mostly hairless.

It can be incredibly exciting to bring in a new member to your family.

Just remember that there is a lot to know before you really jump into pet ownership, including knowing how large your puppy is going to be when he is finally grown.

While there is not a lot of variation with the size of a Chinese Crested, it is still important to know what is normal or expected so that you can keep your puppy as healthy as possible and be on the watch for any signs that your dog is not growing well.

Always ask your vet for help if you are concerned.