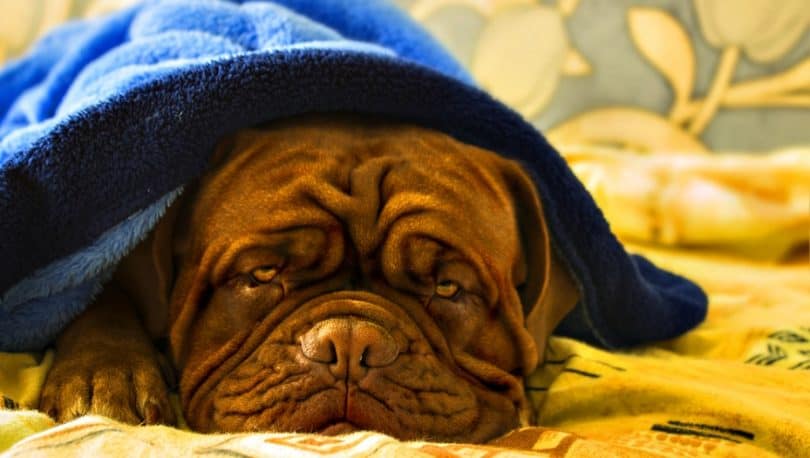 If your dog sounds congested when breathing or sleeping then you should pay close attention. There may be several reasons why you would notice his congested breathing.

But first, understand that this is quite normal in most situations because many dogs face this at some point in their lives.

If you observe that your dog is congested, it may be nothing serious and many times would require just a simple treatment. But prolonged congested breathing is probably a serious issue that requires medical attention.

Taking your dog to the veterinarian will help you to discover any serious conditions that may be affecting him.

It is better to be safe than sorry so have your dog go for a checkup to see if anything is wrong. It can potentially be a serious issue.

We have outlined the possible causes and courses of action for your dog who may be having congested breathing.

What Is Noisy Breathing In Dogs? 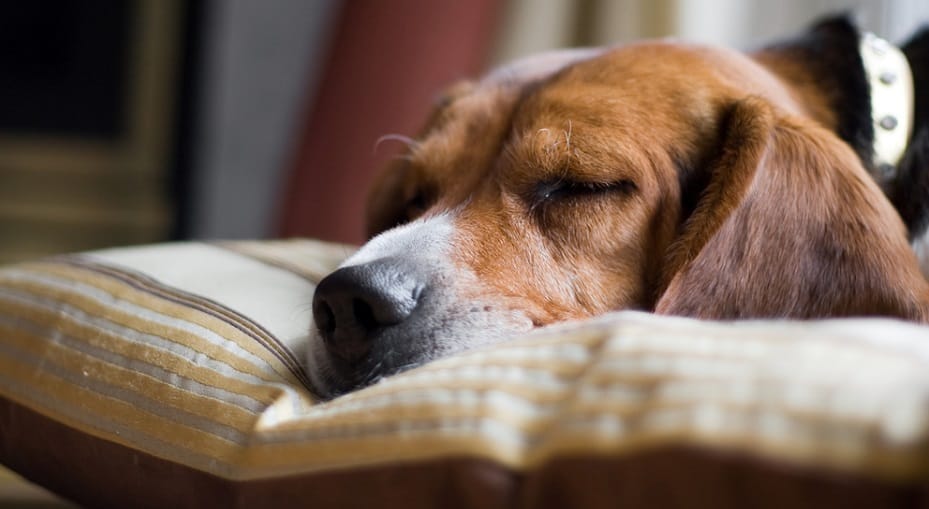 As a dog parent, it may be unwise to simply dismiss your dog’s noisy breathing problem because there could be fatal consequences. You should look at his actions as well, and not just his difficulty breathing.

From observation, you may notice that he displays concerning actions that go along with the uncomfortable breathing.

Noisy breathing in your dog is also known as strider and sterter.  Strider is the name for wheezing, raspy, or vibrating sounds whenever your dog inhales and exhales. Sterter is gasping and snoring when breathing.

Noisy breathing can be a symptom of a larger medical issue that your dog has. If your dog has abnormal breathing that is congenital or acquired it could mean that he has a problem with his respiratory system add he should be taken to the vet as soon as possible.

What Are The Common Causes Of Nasal Congestion?

Your dog could have nasal congestion due to several reasons including a disease he has developed,  an injury, or he may be born that way. This is a list of the most common causes of nasal congestion:

My Dog Sounds Congested When Sleeping: Why Is That? 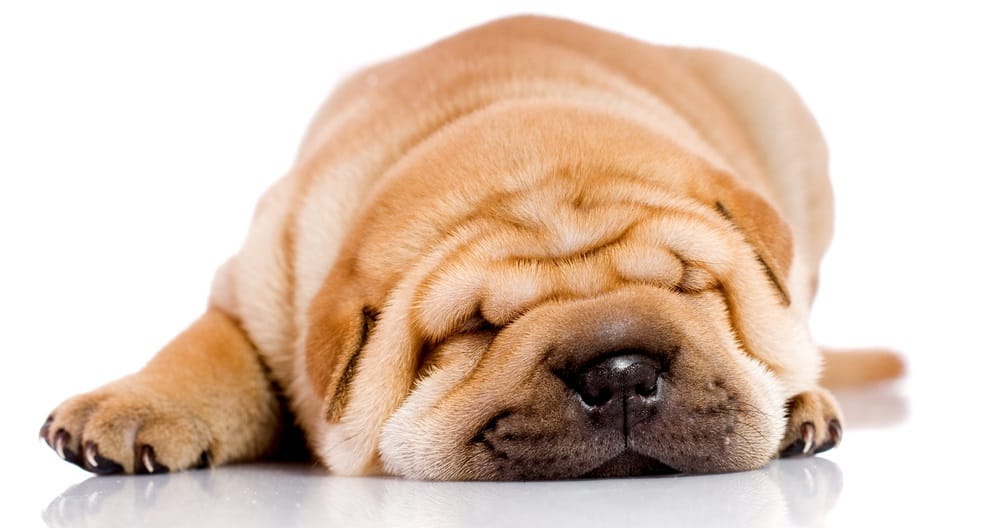 When your dog is sleeping he may be in a strange position which may cause him to sound congested. This is the same for humans who sleep in bad positions that caused them to snore.

Your dog could be sleeping in a bad position and the congested sounds may be quite loud.

If you notice that your dog is making congested noises when sleeping in strange positions like on his back, then you probably have nothing to worry about.

That’s because sleeping on his back is probably not his normal napping position, so congested sounds would be normal in that instance.

If your dog is sleeping uncomfortably on their back or side, and their neck or head is in an uncomfortable position, then their airways may be partially blocked, causing them to sound congested.

When your dog takes on a normal napping position you most likely won’t hear this sound anymore.

However, if your dog takes a normal napping position, but he still sounds congested then something else may be at play here. There could be another reason for the congestion.

You should do your best to analyze your dog for any other possible reason for these congested sounds. If you are unable to figure out why your dog sounds congested when sleeping, then take him to the vet as soon as possible.

When Should I See A Vet?

Sometimes it may be crucial that you get your dog to a veterinarian as soon as possible because the condition could be fatal.

If he is at risk for respiratory collapse or other serious conditions, then waiting too long may do further harm.

It may be a case where your dog requires a surgical procedure to deal with congested breathing. He may be suffering from a condition that shortens the elongated palate.

Medical practitioners may have to remove obstructive polyps or foreign matter in the respiratory system. This could save your dog’s life.

All surgical procedures come with risks during and after surgery. After these procedures, you may need to take special care of your dog as he heals. You can ask the vet about the best way to take care of him as he recovers from these procedures.

When you take your dog to the vet he may already be in the critical stages of the condition from which he suffers.

You can tell that your dog needs to go to the vet when his breathing is especially labored to the point that he can’t function. Noisy breathing should not occur for periods longer than a few days.

How Do I Identify Chronic Nasal Congestion?

How Do I Identify Noisy Breathing?

Your dog may have noisy breathing for many reasons that’s take the form of raspy sounds or more serious labored breathing. If you notice any changes in your dog’s breathing it is always good to check with your veterinarian. 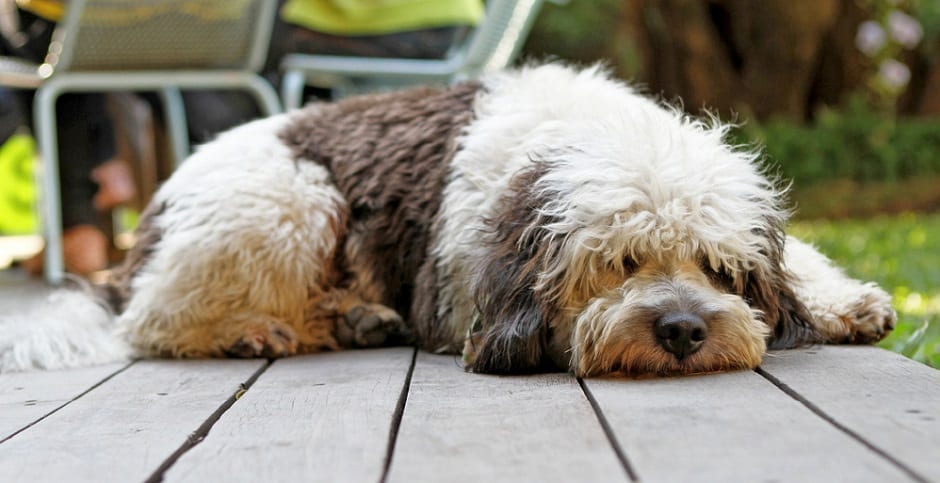 Is Sevin Dust Safe For Dogs?

Sevin dust should never be used around your dog. It is extremely toxic and has a synthetic chemical by the name of carbaryl. Carbaryl attacks the nervous system of insects who come in physical contact by ingestion or inhalation.

This substance can have the same effect on dogs who are in contact with it. If you are using Sevin dust, then make sure that your dog is nowhere close to the substance.

If your dog comes in contact with it by accident he should be taken to the vet as soon as possible. You may notice that he is vomiting, can’t breathe,  or is uncoordinated due to the inhalation of this dust.

Your dog may be innocently playing when he encounters the substance. Unfortunately, many of these cases are fatal even if medical assistance is given.

Many dogs still have congested breathing even though they do not suffer from health issues. They just may be born that way. For example, some dog breeds have naturally small noses so this affects their breathing which makes them sound congested.

Dogs that like pugs and French bulldogs are prone to a disease called Brachycephalic Obstructive Airway Syndrome (BOAS) because they are flat-faced.

They get this congestion because of the way their skulls are shaped which can obstruct their airways.

There has also been research conducted to suggest that some dog breeds have genetics that predisposes them to respiratory problems. These genes are mostly found in flat-faced breeds.

Do Dogs With Colds Have Difficulty Breathing?

Just like humans, your dog may have nasal congestion that is brought on due to them catching a cold. They also have difficulty breathing and runny noses like we do. They may be unable to sleep because of the cold which would make them irritable.

You may hear them making very loud congested sounds as they sleep, or they may have a fever or non-stop sneezing. If your dog is congested and also has these symptoms he may have just gotten a cold which will go away fairly soon.

But if the symptoms persist, then it may be something more serious in which case you should visit your vet. 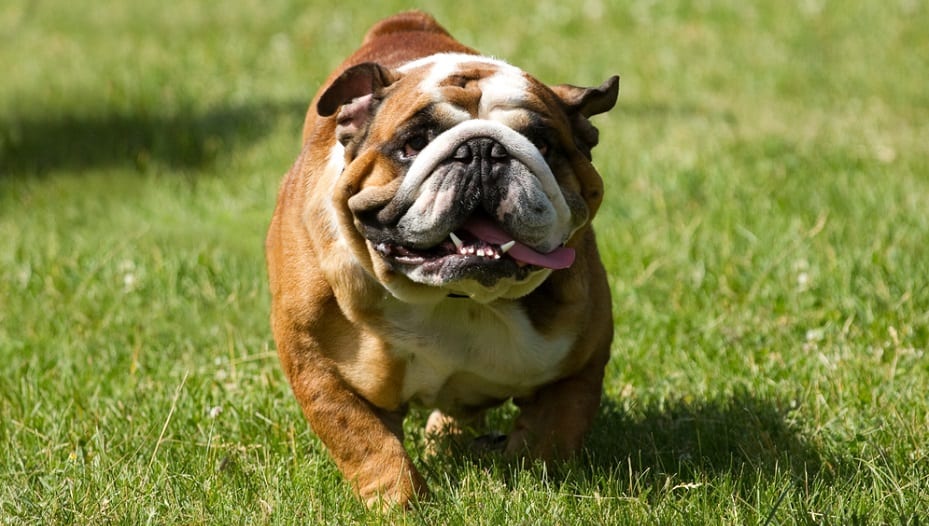 It is not uncommon for your dog to have congested breathing when he starts to gain extra weight. You may notice this especially while he is sleeping. The extra weight usually disrupts proper breathing and blocks the airway.

Humans who are overweight can suffer from sleep apnea and with dogs, you may notice difficulty breathing while they are asleep.

Also, remember that you should be feeding your dog based on his period of development because senior dogs may require less food than a middle-aged dog or a puppy. Senior dogs are usually less active so do not overfeed them.

Do dogs get congested from dental issues?

If your dog has dental issues, it may affect his breathing in many ways which would make him sound congested. A mouth infection or sore tooth may result in congested sleeping or breathing.

His nasal passage may be affected or his mouth which makes him uncomfortable. Take your dog for a dental check-up if you notice any of these symptoms.

Do dogs get congested from Medications?

This may not happen with all medication but if you notice this give your veterinarian a call.

Do dogs get congested from allergies?

Your dog may also be congested because of allergies. Just like humans, your dog may have seasonal allergies resulting in inflammation or a stuffy nose.

The allergies may come from pollen, food, or just the environment. Visit a veterinarian to treat these allergies as they maybe sometimes fatal.

What to do if my dog’s got something stuck in his nose?

There may be times when something is simply stuck in your dog’s nose. This may be plant seeds, grass, wood chips,  bone, or leaves.

You may notice your dog sneezing violently trying to get rid of the obstruction in his nose. He can also have a nose bleed or rub his nose with his paw.

If this is happening for a long period, you may notice a bloody discharge. This is a serious issue that needs medical attention from a vet. However, on some occasions, you can help your dog to remove the obstruction with tweezers.

The only issue with this is that he may not allow you to help him unless you get assistance to hold him down while you remove the obstruction.

You do not want to do more harm than good so if it is quite difficult to remove, then go to your vet.

It is important to remember that congested breathing, while your dog is sleeping, happens quite often with many dogs so don’t panic if you notice this.

But there are other occasions when your dog has serious difficulty breathing, and you will usually know the difference.

The most important thing is to practice continual monitoring to make sure your dog is safe and keep away toxic substances so that accidents do not occur.