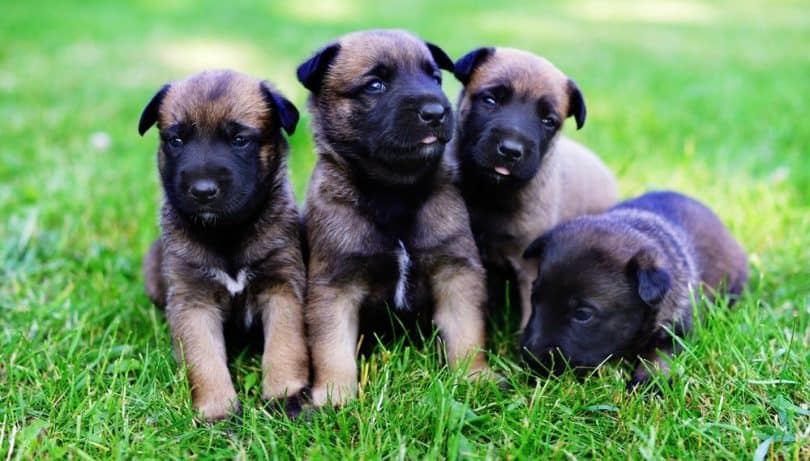 The Belgian Malinois breed was originally raised to be herding dogs, these days, they work as protection dogs, police, and military dogs.

Dog parents should know they need constant, steady training as well as an abundance of mental and physical activity. A  Belgian Malinois will be loyal and loving for life. They are also strong, athletic, and intelligent companions.

The Belgian Malinois is a medium-sized dog that favors a German Shepherd Dog. Their high exercise and energy needs, make them not ideal for small apartments or small living spaces.

They are known for their proud carriage of the head and their coat colors range from a rich fawn to mahogany. Plenty of physical activity with their treasured owner is key to Belgian Malinois happiness.

Many dog owners often wonder how large they can grow and at what age they will stop growing.  A Belgian malinois growth chart will be a great help in discovering these facts.

When Do Belgian Malinois Stop Growing

Generally, Belgian Malinois’ attain their adult height at approximately 10-11 months but may gain a little height continuously as they reach about 18 months of age.

Some of them, depending on genes and lifestyle, can have a few extra pounds as they mature up to around 3 years old. Most Belgian Malinois’ are likely to only have a little weight gain between 2 and 3 years.

The following chart describes the estimated size of your Belgian Malinois’ weight during his developmental stages. If your dog’s weight is not exactly the same as what is listed in the chart, in most cases, there is no need for concern.

However, remember that if you notice that your Belgian Malinois’s weight is drastically less than any of the numbers that are on the chart, you should do an evaluation of his health. It could be a case where your Belgian Malinois is too thin and may have an increased risk of developing certain health problems.

Remember to make sure that you always consult your vet on important matters. You can employ this chart as a form of reference but know that the figures won’t be suitable for every case.

During this time your Mal puppies require warmth from their mothers and are born dependent. Belgian Malinois puppies are toothless blind, and deaf.

Immediately after birth, the senses of taste and touch are present, but they mostly cuddle close to their mothers for heat and milk. They will be asleep and nursing most of the time to improve their strength. They are unable to walk because of their undeveloped muscles.

At this time in your Belgian Malinois’ development, he will open his eyes and start to gain his sense of hearing. He will develop muscles strong enough to stand, bark, run, wag his tail and play as well as start to acquire teeth.

He will gradually start to be aware of his environment as his eyesight develops. Likewise, he will also attain control over his bowel bladder and movement. As he plays with his littermates, his muscle coordination will also be improved.

This is the best time to start training your Belgian Malinois. 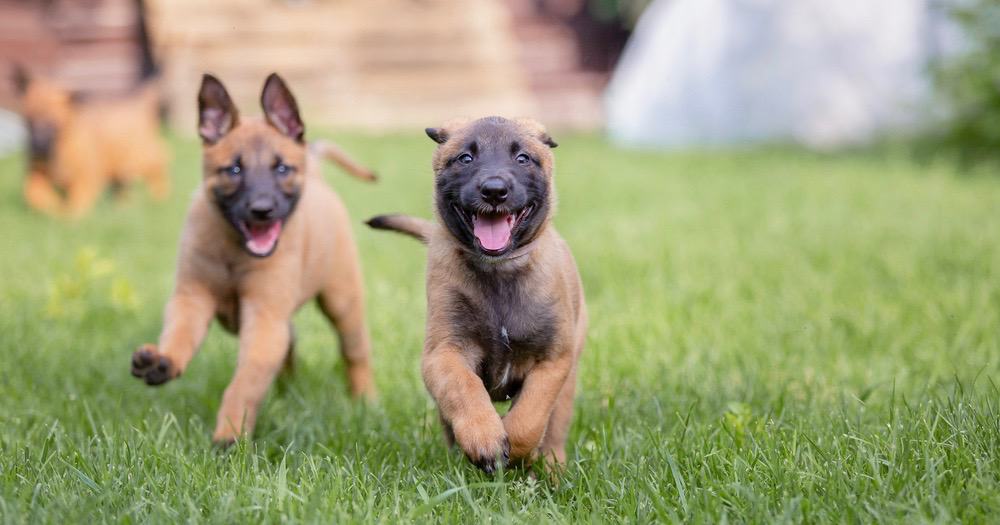 At this time, your puppy’s adult teeth will start to form, and he will enjoy chewing on anything in his environment. You will be the primary influencer of the pup, so quality time is essential to form that initial bond.

During this stage, training should continue as well as ample playtime and exercise. This will improve bone health and muscle.

Your Belgian Malinois usually comes to sexual maturity, In this period. This is when dogs usually encounter drastic hormonal changes which happen to take a different shape for female and male puppies.

Female dogs who are sexually mature, usually go into heat about twice every year. Conversely, male dogs are sexually active all throughout the year but are most fertile after they have reached the age of one year to a year and a half. 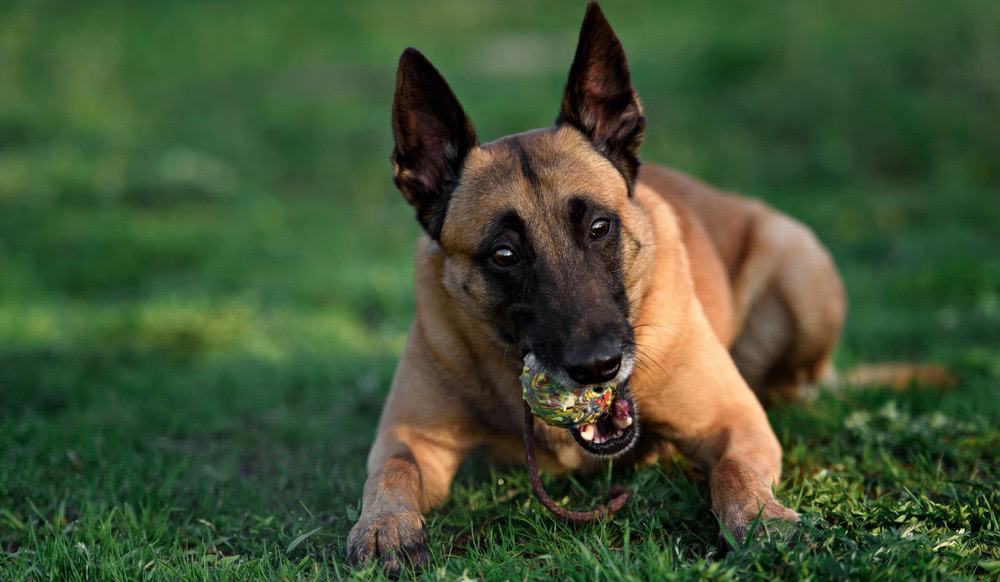 Belgian Malinois’ will reach maturity when they are between 12 and 24 months old. At this age, they tend to fall into a regular pattern of behavior and will still enjoy time with their owners.

It is important that they are fed well to maintain good health, and they will still enjoy physical activity.

A Belgian Malinois’ growth is greatly impacted by inherited concerns. These genetic factors control the growth rate along with other lifestyle circumstances, influence their development.

The genes that are passed down and affect your dog’s ability to develop as well as his tendency to get certain diseases. A Belgian Malinois’ parents play a major role in his health as he will inherit their genetic traits.

Your Belgian Malinois’ ability to grow will be impacted by the kind of food given to him. His growth will be thwarted if he is consistently given poor-quality food that lacks the requisite vitamins and minerals needed to grow.

Good dog parents try to give their dogs the best foods for sale on the market or prepare their own because low-quality foods do not offer enough nutrients.

Some of these foods are full of fillers that contain harmful ingredients for a growing puppy. They can actually stunt the growth of your dog.

Belgian Malinois’ are active and alert dogs. They need adequate exercise to keep them away from boredom. It is also required so that proper growth and bone density will happen.

You can add lean weight to your puppy while keeping him healthy and happy with a regular exercise schedule. He will also have stronger bones and a fitter body. Exercise allows your dog to have an improved mood and overall well-being.

How Long Are Belgian Malinois Pregnant?

Typically, female Belgian Malinois’ are pregnant for approximately 63 days. Nonetheless, the standard is any period between 54 and 72 days. Most dog breeds are okay without human intervention and the Belgian Malinois is one of them.

A balanced diet that is rich and digestible should be given to the mother. Industrial dry food is the least expensive and best solution. No mineral or vitamin supplement is necessary if you choose food of good quality. 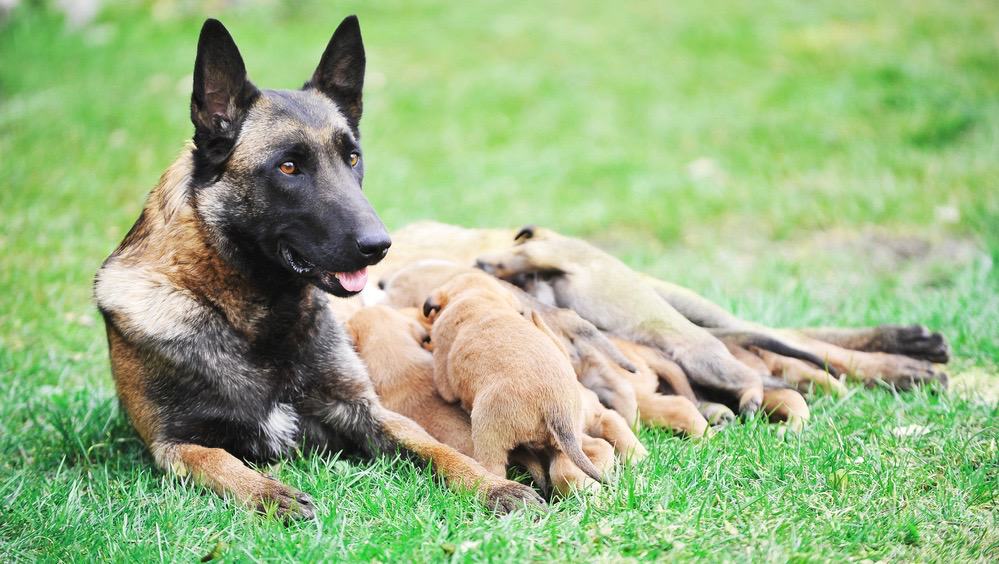 If you believe your dog to be expecting, a scheduled examination at your veterinarian should be able to confirm this for you. It is usually difficult to ascertain the definite date of conception for most owners.

How Many Puppies Do Belgian Malinois Have?

It is natural for dog parents to want to know the litter size of their Belgian Malinois. These dogs usually have 6 to 10 puppies, and in rarer cases, the largest litter size is usually 12 pups.

Hardly ever will the Belgian Malinois have more than 12 puppies in a litter. It is also important to note that healthier dogs will be able to give birth to more puppies.

The risk for c-sections in the Belgian Malinois is low, which is great news to the owner and also less expensive. They tend to have healthy normal vaginal births.

What If My Belgian Malinois Is Not The Right Weight

You can usually tell how much your Belgian Malinois will weigh by the weight of their parents. In some cases, your puppy’s breeder should be able to tell you.

Belgian Malinois’ who are overweight, are more likely to develop health problems. Therefore, it is a good practice to ensure that your Belgian Malinois maintains a healthy weight through adequate exercise and a proper diet.

What Is The Life Expectancy Of Belgian Malinois?

Although the Belgian Malinois, which has an average lifespan of 10 to 12 years, is not prone to any major health issues, they do suffer occasionally from a few health problems. Nevertheless, many dogs can live longer or shorter based on diet, environment, lifestyle, and genetics.

You should make sure that your Belgian Malinois is eating the best food to increase his lifespan. It is better to find brands that don’t have filler and have natural ingredients even if the food is commercially prepared.

Also, ensure that your dog gets sufficient exercise and regularly visits the vet.

How Much Does It Cost To Own A Belgian Malinois?

To own a Belgian Malinois, the average cost is about $592 to $2000, annually with the average at about $1000.00. This would include all the responsibilities  such as food, training, vet visits, toys, and vaccinations.

First-year prices are around $4,125 and will be approximately $1,695/year after that. Throughout the dog’s life, the average expense of owning a Belgian Malinois is $27,855. 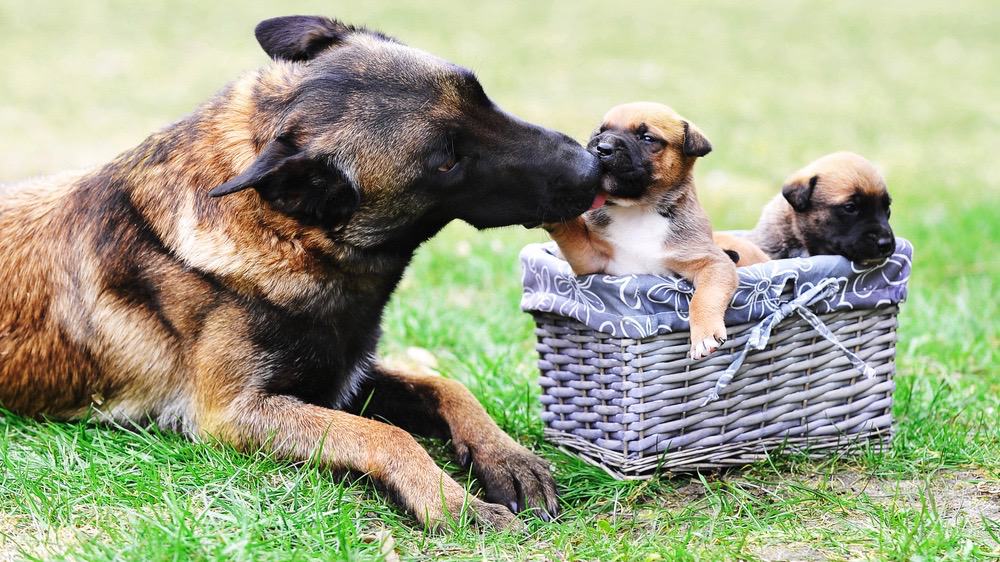 The resources you need to feed your Belgian Malinois is going to be decided by the amount as well as the kind of food that you intend to buy. In addition, the food expenses will differ depending on the age, size, and energy level of your dog.

Health clearances are not assigned to dogs younger than two years old because some health problems don’t manifest themselves until a dog reaches full maturity.

Belgian Malinois also have sensitive skin that tends to develop irritations, sores, and rashes. They may also be inclined to inhalant or contact allergies, brought on by a reaction to chemicals such as detergents or airborne allergens such as dust, mildew, and pollen.