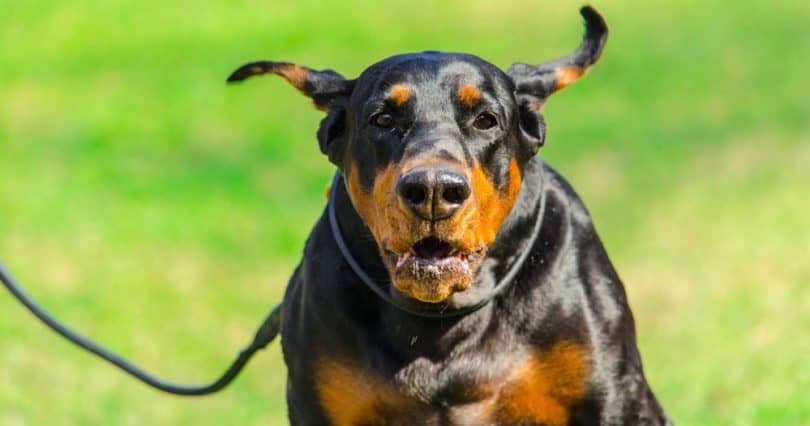 It is incredibly adorable to watch your dog move his ears all around as if he is picking up a satellite signal. But to know what the movement might actually mean, you need to consult with a dog ear positions chart.

Using the chart, you will be able to decode the movement of your dog in terms of his ears, his eyes, and even his tail wagging.

All of a dog’s body language can be interpreted to help you work out what your dog might be feeling. 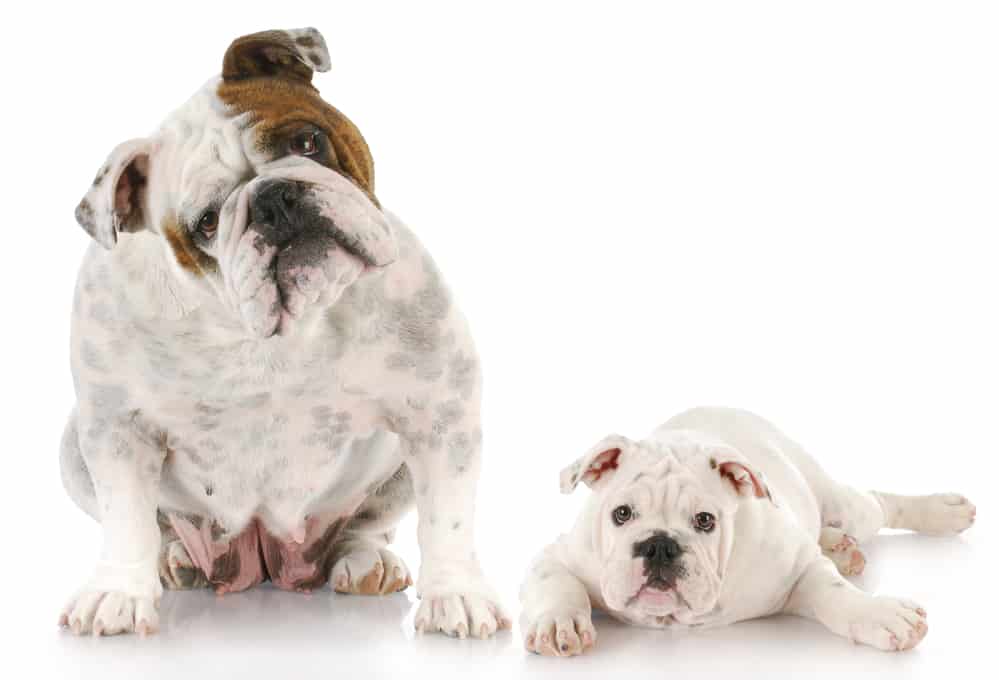 When starting to look at what your dog’s ears are trying to tell you, the first thing to know is what they look like when they are neutral.

When you know what the neutral position is, you will be able to know how the ears shift when showing other emotions. Different breeds also move their ears around differently, so it is something to keep in mind.

This position is when the ears are lifted up and facing forward, but not in an alarmed manner. A dog is most likely to use this position when they are in the middle of play with another dog. It is a way of showing excitement, enthusiasm, and playfulness.

If you make a silly sound or speak to your dog, sometimes they will manoeuvre their ears as if they are listening and trying to break down exactly what you are saying.

This position can easily be confused with the alert position, and in some dogs, the two positions will look the same and you will need to rely on other body language for more information. 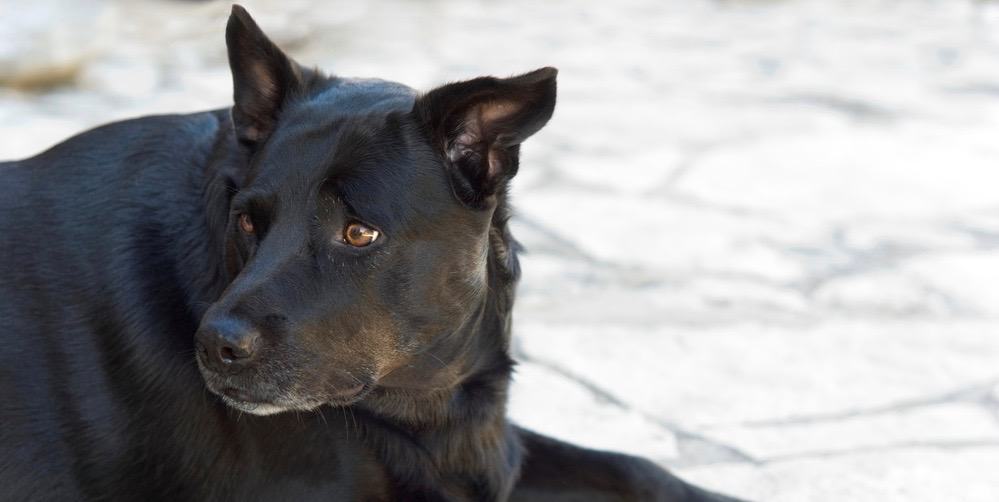 Your dog’s ears will definitely tell you when he is on alert. This is when a dog will prick his ears upward as if they are listening to something more closely.

A dog might use the same ears up movement when he is completely immersed in playing and giving it his whole attention.

It would be best to eliminate whatever is getting the dog’s attention. Depending on what it is, you might allow your dog in the yard, or distract him with a treat.

The dropped back ear look is generally a friendly position. It is more of a way that your dog is asking whether you would like to play, take him outside, or might even be his way of telling you that it is dinner time.

If he is wagging his tail at the same time, it is a safe bet that your dog just wants you to play with him. Some dogs use this position as a simple way of getting you to pet them, placing their head on your knee, and looking up at you. 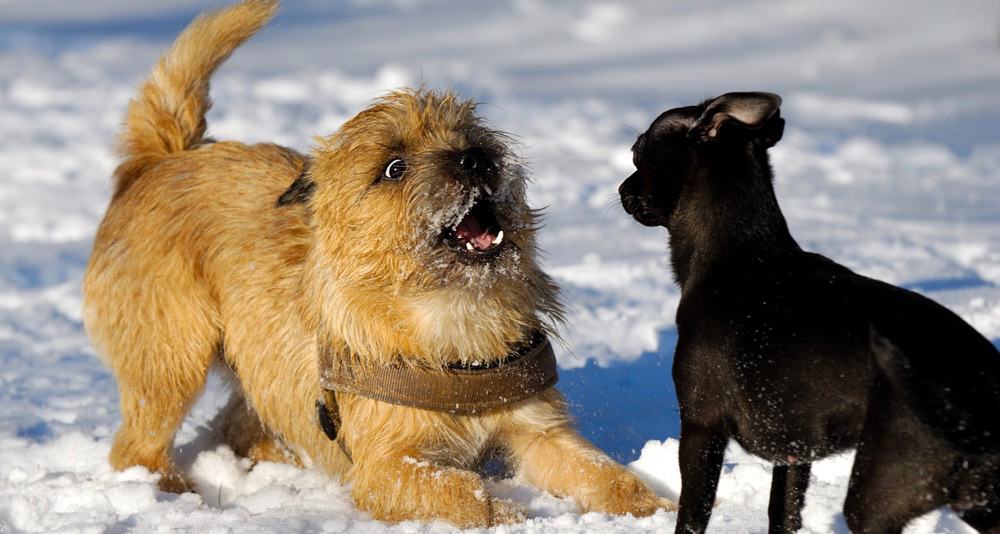 When a dog moves its ears all of the way back and drops them low, there is a good chance that your dog is seriously scared of something that is happening around him.

When they are only back slightly, it is more of a guilt or submissive posture, so when they are severely back, it means that the dog feels that he is in danger.

You need to be on guard if your dog moves his ears back like this because he can easily move into fight or flight mode. The best thing to do in this situation is to get your dog away from whatever he’s threatened by.

You might have noticed that dogs have a strong tendency to move their ears about, but if they are moving their ear position around pretty quickly, it means the dogs are a little bit confused.

In this situation, you will have an impossible time trying to identify a dog’s emotion. That’s ok because it also means that your dog cannot identify how he’s feeling either.

When he is moving his ears like that, there is a good chance that he cannot work out what he is hearing or sensing. It might be good to help your dog figure it out.

While the ears are the best way of determining what your dog is thinking or feeling, it is not the only way. You can also use a dog’s eyes to get a better idea of a dog’s mood.

When a dog is looking at you softly and directly, you know that the dog is friendly. A harder stare could tell you a lot of different things like the dog is excited, upset, or even angry.

If the dog is blinking a lot and the pupils seem to be dilated, the dog might be stressed out. Finally, if a dog will not look at you, chances are good that he is scared.

Body language is a big indicator of the mood in humans and can also be a big indicator with dogs. The way that your dog is standing can tell you a lot about how he is feeling.

A dog that stands straight is usually relaxed and is ok to be approached. A dog that is shifting his weight to be more over his front legs might be feeling upset and ready to pounce.

Also, a dog that has his body hunched down with his back curved upward is likely a dog that is very afraid. The position that you should hope to see in a puppy is a puppy play stance.

A dog will lie down on his front legs, sticking his haunches in the air. This is how he signals other dogs that it’s playtime.

Finally, if your dog has rolled over on his back he is either asking for a scratch or is showing his surrender. 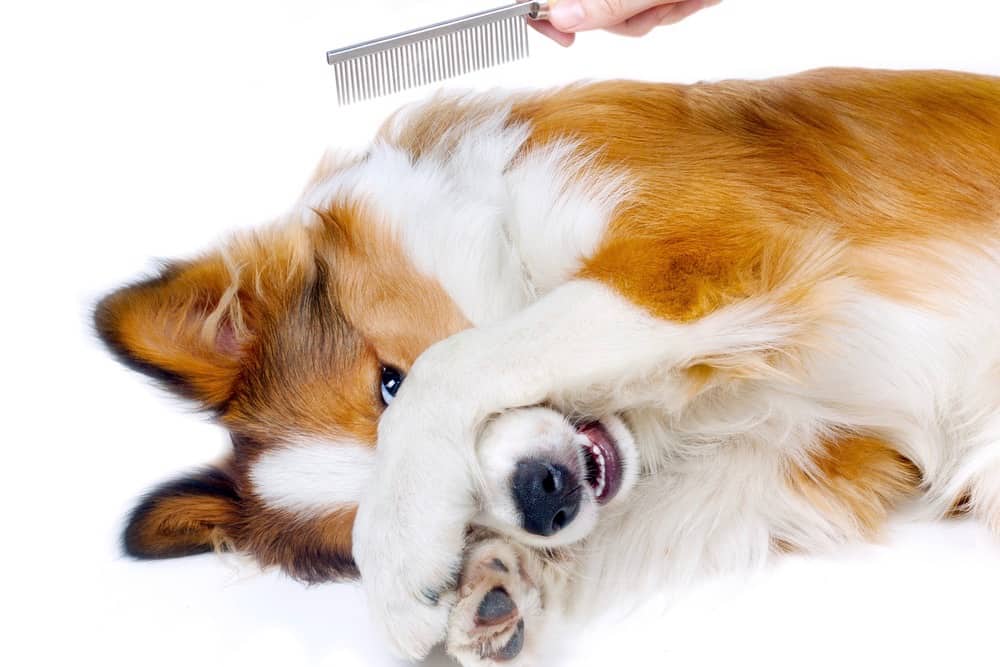 It is a little bit of a funny thought, but dogs will also make gestures that can give you an idea of how they are feeling. It is almost like your dog is speaking sign language.

One common gesture is a raised paw that is used to touch a human or another dog. It usually is an indication that the dog needs something, which might be as simple as attention.

Another common gesture is when a dog has his ears up and head tilted as if he is trying to work out everything that you are saying or doing.

Did you know that dogs have facial expressions too? A dog’s face can tell you a lot about how he is feeling. A dog with a wide-open mouth usually means the dog is happy, almost like he is smiling.

On the other end of things, you have bared front teeth. When a dog shows off his canines he is being aggressive. Some dogs do this as part of their play, but if you don’t know this ahead of time, it is best to steer clear of the dog until he calms down.

When people think about a dog’s wagging tail, the first thing that comes to mind is that the dog is happy. A happy dog wags his tail, right?

But tail wagging can be more complicated than that. It is absolutely true that tail wagging most often means that the dog is happy, but it might mean other things as well.

In truth, tail wagging is just an indication of the emotion of some variety. The position that your dog is holding his tail while he is wagging means something.

If the tail is held high and wagging stiffly, it might be a sign of aggression rather than happiness.

Do not pet a dog with a wagging tail if you do not know the dog. It is an easy way to get a dog bite. Likewise, a low wag with the ears down means the dog is scared and might also bite you.

Clearly, your dog cannot talk to you and just tell you what he is thinking or feeling and while he will convey much of what he has to say with his body, he might also convey his feelings with his voice.

Other forms of vocalization might include growling and whining, but all of them mean something when used.

Different sizes of dogs will have very different barks and as your dog’s owner, you will be able to determine the different pitches of the barks to interpret your dog’s message.

Once you have been a dog parent for a while, it will be much easier to identify your dog’s body language and all that it means.

Regardless of how well you know your own dog, it is still a good idea to understand the dog ear positions chart, in order to prevent dangerous situations and to ensure that you have a positive interaction.

Since your dog cannot tell you when he is happy, scared, or upset, it is a good idea to key into your dog’s emotions and knows everything that he is feeling. That way, you can have a nice, harmonious relationship.