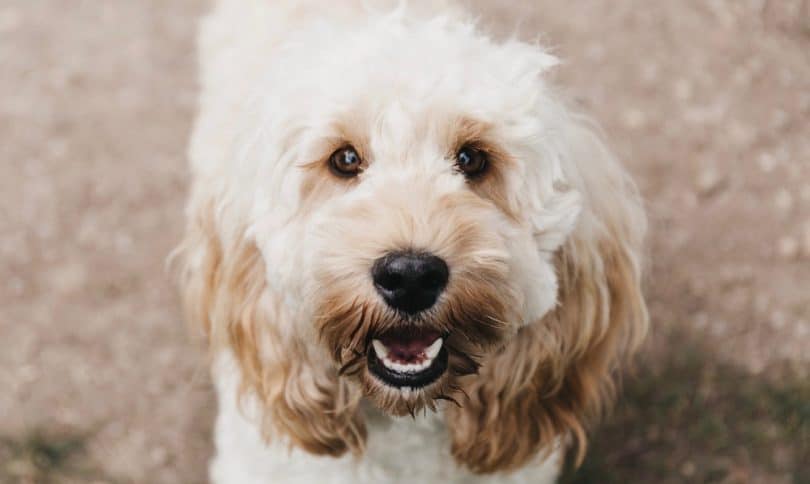 When you adopt a puppy of any breed, one of the first questions that you will ask is “how big will he be when he grows up?” This is a fair question and it applies to everyone, including the owners of cockapoos.

With a combination of poodle and cocker spaniel at various sizes, adult cockapoo sizes might not be as well knows as they are with other breeds.

Relying on a cockapoo growth chart is an excellent way to know what you can look forward to as your puppy grows, but there are other details that you would want to consider as well.

Table of Contents show
1 At What Age Is A Cockapoo Full Grown
2 Cockapoo Weight Chart
3 How Big Will My Cockapoo Puppy Get
4 Cockapoo Growth Chart – What To Expect
5 Birth – 2 Weeks
6 3 Weeks – 12 Weeks
7 4 Months – 6 Months
8 7 Months – 9 Months
9 10 Months – 12 Month
10 Adult
11 Factors That Affect Cockapoo Puppy Growth
12 What If My Cockapoo Is Not The Right Weight
13 How Many Puppies Do Cockapoos Have?
14 What Is The Life Expectancy Of A Cockapoo?
15 How To Choose A Cockapoo Size
16 Cockapoo Genetics And Common Health Problems

At What Age Is A Cockapoo Full Grown 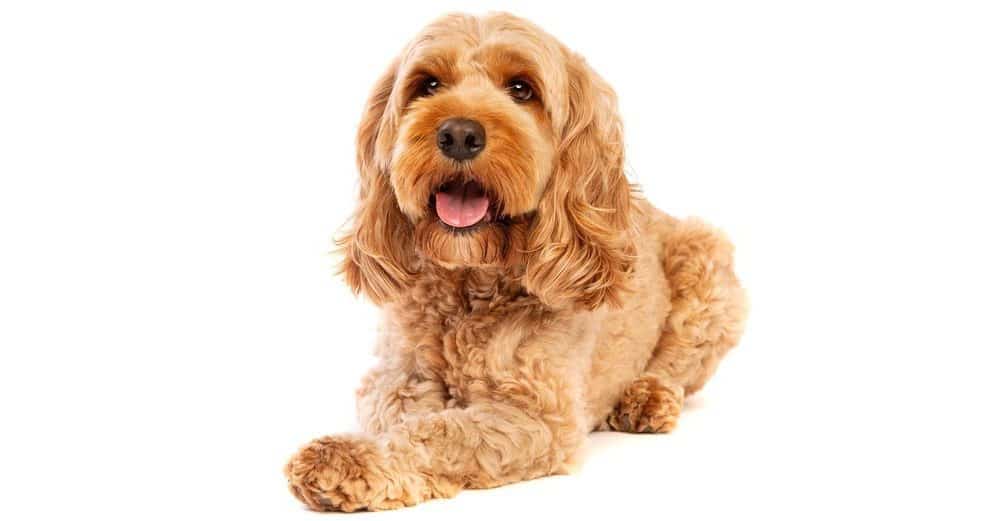 While it might seem like a straightforward question, unfortunately there is not an easy answer to what age a cockapoo is fully grown. The first consideration is that there is more than one type of poodle, so the final size and the growth curve is going to look different for different dogs.

In general, smaller cockapoos will reach their adult size when they are about 6 months old, which is typical of smaller breeds. This is when a smaller poodle is used.

Even then, the cockapoo size chart is not going to give you completely correct information. Just like with humans, cockapoos will come in a variety of sizes, based on their parents.

Teacup Cockapoo: When looking at the teacup cockapoo growth chart, the first thing that you will want to do is look for the age your puppy is now and travel upward to match with the line that meets the weight of your puppy.

If your puppy is higher or lower than the line, but not by much, you should have nothing to worry about. A teacup cockapoo, on average, will weigh less than 5 pounds, all the way up to 6 months of age.

A teacup usually will weigh less than 6 pounds and are normally less than 10 inches tall.

Mini Cockapoo: Despite the name, mini cockapoos are larger than teacups. A mini cockapoo will weigh 5 pounds at 2 months growing to about 8 pounds by the time that he is 4 months old.

This is only if your puppy is following a growth curve, however, as the dogs can really fluctuate in size. On average, reaching a final weight between 13 and 18 pounds at around 9 months of age, depending on your specific dog and his own growth curve.

A mini cockapoo is between 11 and 14 inches tall when he has reached his full height as well.

When your dog is 6 months old, you can anticipate him weighing around 15 pounds. The average final height of a standard cockapoo is between 15 and 18 inches, when measured from the shoulder.

A standard cockapoo should stop growing between 9 and 12 months of age. The average adult weight for a standard cockapoo is about 19 pounds, which should be able to help you compare that to your cockapoo’s weight.

How Big Will My Cockapoo Puppy Get 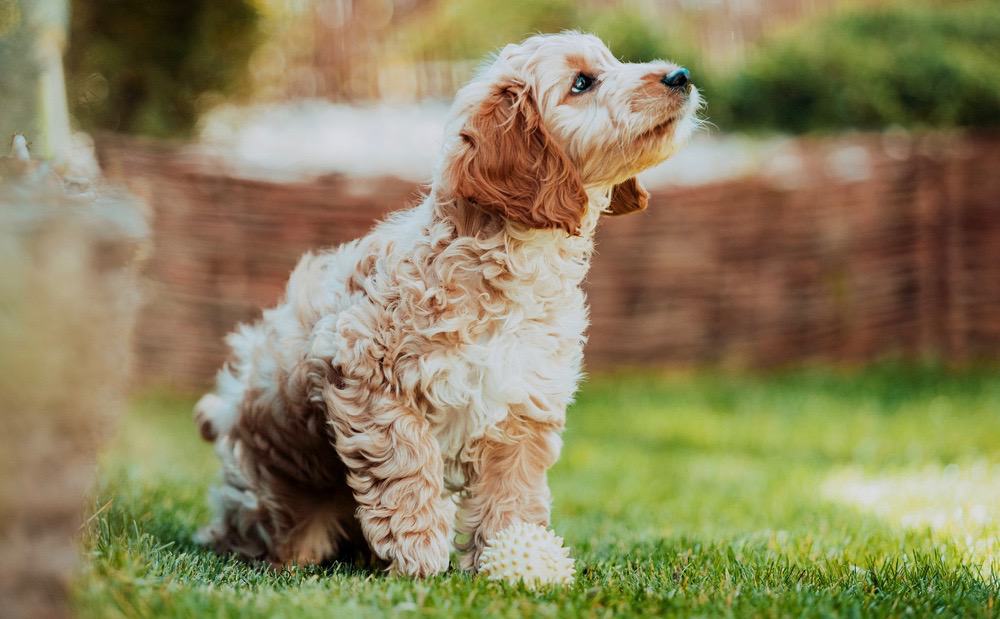 When you adopt a cockapoo puppy, you might be expecting your puppy to be one size, only to find out later that his actual size is different.

Unfortunately, since a cockapoo is a mixed breed between a cocker spaniel and a poodle, it is difficult to estimate the actual size your pup will be.

Poodles come in a variety of sizes and if you are not certain which type of poodle the puppy is made up of, or if he is a third or further generation of cockapoo, you will not be able to know for sure without the use of a DNA test.

While it would be unusual to ask for a DNA test at the time of adoption, you can have one performed on your puppy after adoption and find out exactly what the makeup of your puppy is.

Cockapoo Growth Chart – What To Expect

At birth, a cockapoo puppy in general will weigh less than a pound. You can expect these small puppies to be around 11 ounces in weight. They will grow quickly, however, reaching 1 pound within the first couple of weeks. Miniature and teacup cockapoos will be smaller.

At this age, the puppies will be with their mother all day and solely rely on her milk for their nutritional needs. They will not move around yet.

There is a huge growth spurt that happens between the ages of 3 weeks and 12 weeks. Looking at a standard cockapoo, at 3 weeks, your cockapoo might weigh 3 pounds at the most.

By 12 weeks of age, your cockapoo should weigh about 10 pounds. The puppies will be weaned off of their mother’s milk by 8 weeks old and will be solely relying on puppy food by the time they reach 12 weeks of age.

Given the small size of the breed, the growth rate will slow down for cockapoos between 4 and 6 months of age. 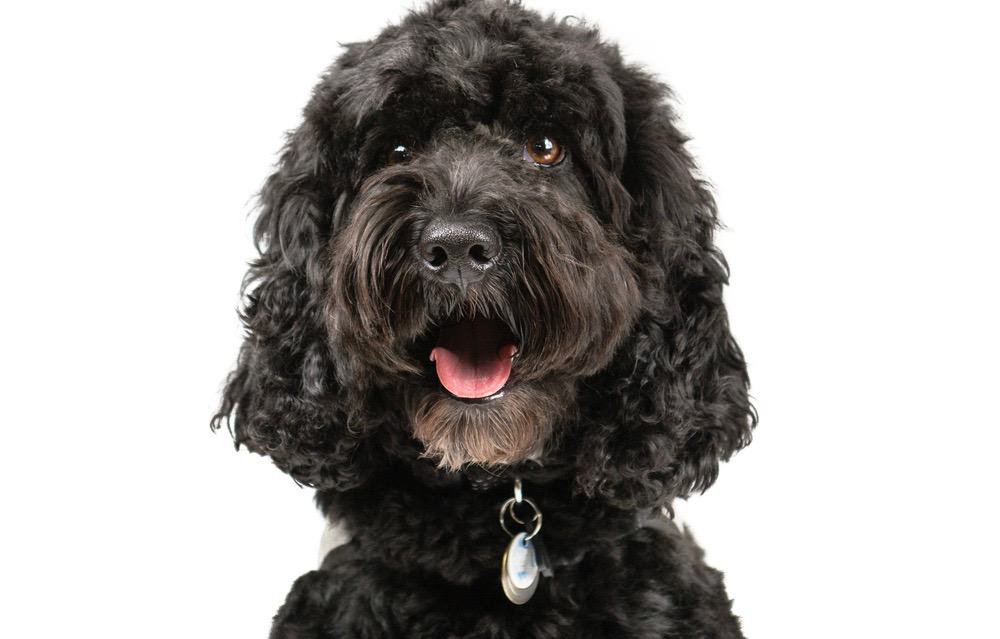 Around 4 months old, you can expect a standard cockapoo to weigh around 12 pounds and by 6 months, he might weigh as much as 15 pounds. He should still be getting 3 meals of puppy food a day as well, but you can reduce that down to 2 meals at 6 months.

You should notice a weight gain slow down between the ages of 7 and 9 months of age. When your puppy is 7 months old, if he is a standard cockapoo, he should weigh around 16 pounds and by 9 months old, he should be around 17.

There is really not a lot of growth that happens during this time period. If you have a smaller cockapoo, he will already have reached his adult size by this age.

As we mentioned above, there is very little growth that is happening at this phase in your puppy’s development. He might weigh around 18 pounds when he is 10 months old if he is a standard cockapoo.

He might also be finished growing by this age. Make sure that you slow down your puppy’s calorie intake, since he is not going to be growing much at this point.

The age of adulthood varies between cockapoo types. If you have a smaller cockapoo, he might have reached his adult size by 6 months of age. If you have a standard cockapoo, you can expect his final growth spurt to happen between 9 and 12 months. 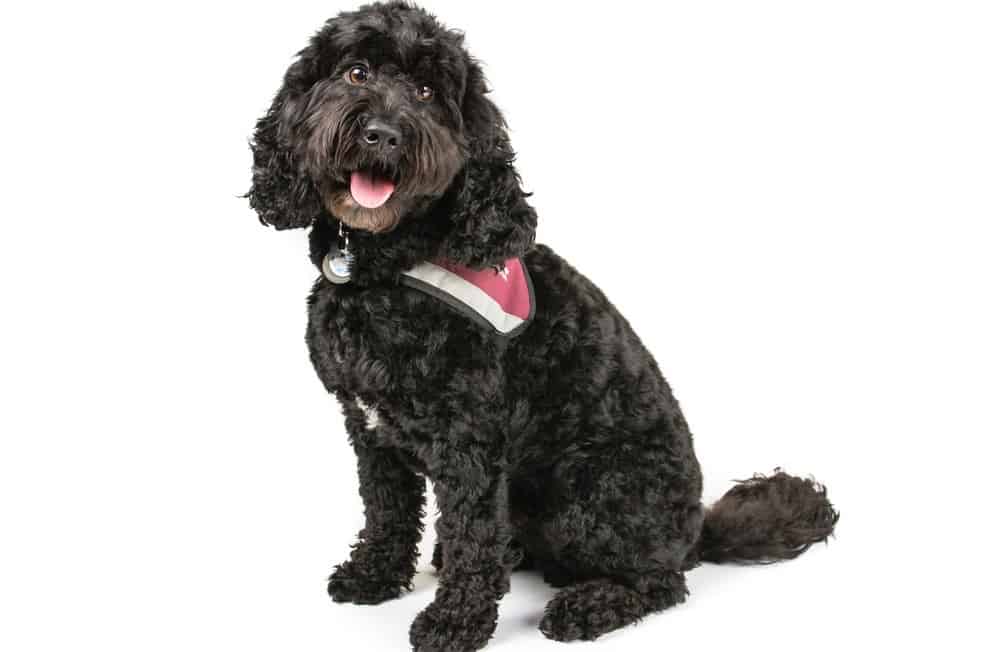 There are many different factors that will affect your cockapoo puppy’s growth, including genetics. As we mentioned above, there are variations on poodles, so the final size of your puppy will depend on the size of his ancestors.

If you are not sure about the makeup of your cockapoo, you might not discover his final size until he has reached adulthood. If you are concerned about it, then you should have a DNA test done.

Nutrition is another factor to consider when looking the growth of your cockapoo. Generally, nutrition is not going to stunt your puppy’s growth, but it can cause other health issues. 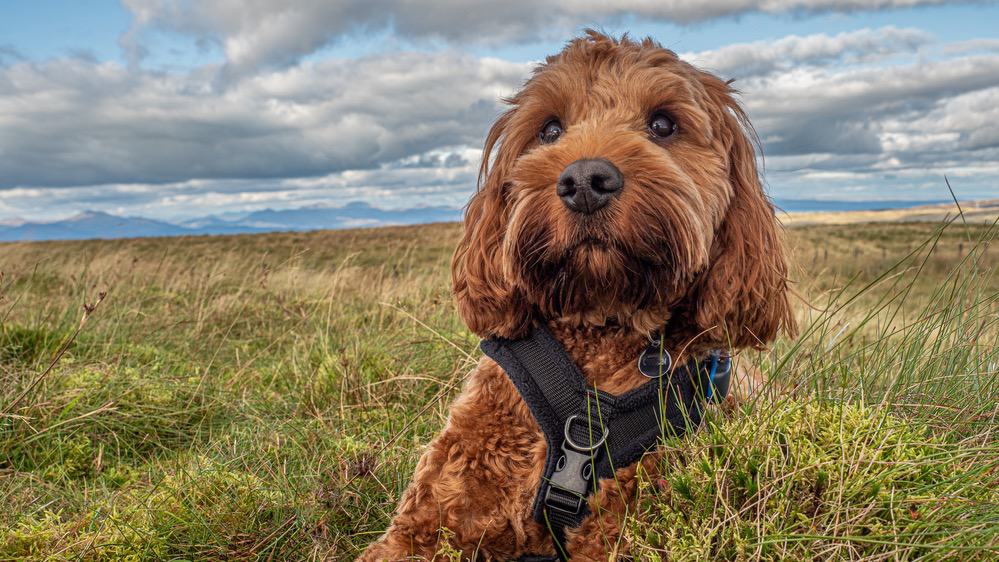 If your puppy is not getting adequate joint and bone nutrition, for example, you might be setting your puppy up for arthritis or other joint conditions as he gets older. Your puppy will be able to grow stronger with better nutrition and have a better life.

Physical activity can also affect your puppy’s growth. If your puppy is overfed and not getting enough exercise, your puppy can easily become overweight.

When a puppy is to heavy, the extra weight will put undue pressure on his joints, resulting in a number of other health conditions. A healthy puppy will be able to grow up well and strong with proper physical activity and regular vet visits to monitor health.

What If My Cockapoo Is Not The Right Weight

A common concern among new dog owners is what to do if your puppy is not the right weight. The first thing to do is to not panic. You need to remember that looking at a cockapoo’s growth chart, there are many different growth to follow along.

If your puppy is growing along the same curve, regardless of what the average is, then you are likely to not need to worry about your puppy being a right weight.

The best thing to do in this situation is talk to your vet and find out whether she thinks that you need to do something differently during your puppy’s growth period.

This is good to keep up with regularly regardless, but if it seems like your puppy has fallen off of his growth curve, the next step is to ask your vet about it and see whether you should be concerned.

How Many Puppies Do Cockapoos Have?

The typical case with any dog is that having a solid idea on how many puppies you will get in a litter. On average, a cockapoo will have a littler between 4 and 7 puppies at a time. 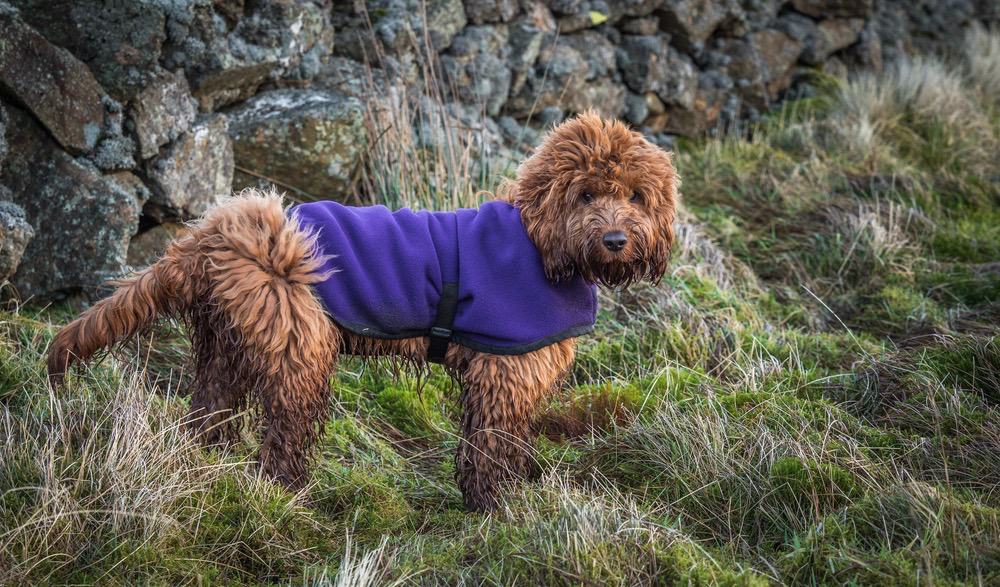 Part of that will also be affected by whether the dog is made up of a standard poodle or something smaller. Standard poodles have larger litters than toy poodles as they are larger dogs, so cockapoos will follow the same rules.

What Is The Life Expectancy Of A Cockapoo?

No one wants to have to say goodbye to their favourite furbaby, but unfortunately it comes to all of us. Luckily, cockapoos do have fairly long lifespan.

The average lifespan of a cockapoo is about 15 years, but they have been known to live longer, especially if there is a toy poodle in the mix. Generally, cockapoos have long lifespans, so if you are considering adopting one, you need to know what to expect for time commitment goes.

You can also improve your cockapoo’s lifespan by feeding him good dog food, keeping up with regular exercise, and maintaining routine vet appointments.

How To Choose A Cockapoo Size

If you know that you want a cockapoo, but are struggling with trying to figure out the right size, you are not alone. Since cockapoos can be bred with a variety of poodle types, it can be difficult to know which the right size is.

Smaller cockapoos have longer life expectancies, but they are also more delicate to play with than the larger ones are. The best thing to do is to decide what size of an adult dog that you want and you should go for it, knowing that there is still a gamble involved as far as the final size he will wind up being.

There are also common hip issues, including defects of the hips and knees. These conditions are generally entirely genetic, but it isn’t always the genetics that determine health issues that your dog might suffer.

You can prevent quite a few things through a healthy diet and exercise plan. You should also keep up with your routine vet visits to look out for the development of any of these conditions in the future.